Samsung: Galaxy S5 out by April, may scan your eyes 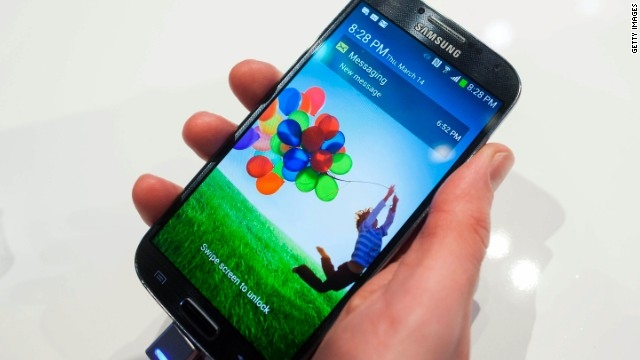 Samsung: Galaxy S5 out by April, may scan your eyes

Samsung says its Galaxy S5 phone will be released by April

Vice president says it may have eye-scanning tech

The Galaxy S5 will have a different design

(CNN) -- Samsung's Galaxy S5, the next generation of its flagship smartphone, will be released by April and may include innovative eye-scanning technology.

An executive for the Korean tech giant confirmed to Bloomberg that the phone will hit stores this year on roughly the same time table as previous iterations of the device, which has emerged as the chief rival to Apple's iPhone.

The Galaxy S4 was announced last March and released in April.

Lee Young Hee, executive vice president for Samsung's mobile business, also told the news service that a new version of the company's Galaxy Gear smartwatch will be released at the same time as the new phone.

"We've been announcing our first flagship model in the first half of each year, around March and April, and we are still targeting for release around that time," Lee said. "When we release our S5 device, you can also expect a Gear successor with more advanced functions, and the bulky design will also be improved."

Speaking at the International Consumer Electronics Show in Las Vegas, Lee wouldn't say whether the eye scanner -- presumably an effort to one-up Apple's iPhone 5S with its fingerprint security feature -- is a sure thing.

"Many people are fanatical about iris recognition technology," she said. "We are studying the possibility but can't really say whether we will have it or not on the S5."

She did say the S5 will look and feel significantly different than its predecessor, which some felt wasn't different enough from the Galaxy S3.

"When we moved to S4 from S3, it's partly true that consumers couldn't really feel much difference between the two products from the physical perspective, so the market reaction wasn't as big," she said. "For the S5, we will go back to the basics. Mostly, it's about the display and the feel of the cover."

In November, Samsung released the Galaxy Round, with a curved, 5.7-inch screen. That release was only in South Korea, and analysts have speculated the company isn't done with curved-screen technology on its phones. At CES this week, Samsung rolled out a massive, 105-inch television with a curved screen.

Released in September, Galaxy Gear helped push the growing wearable tech trend forward but, like some other smartwatches, met with mixed reviews. Some felt the watch was too bulky and had limited functionality.