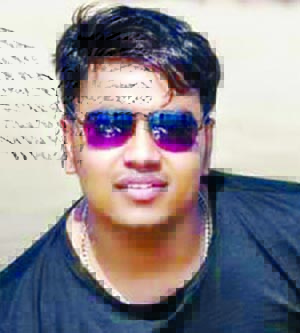 Police have pressed charges in court in the two cases against expelled Bogra Sramik League leader Tufan Sarker and 12 others over the rape of a girl and assault on her and her mother.
Bogra Sadar Police Station Inspector Abul Kalam Azad submitted the chargesheets to a court on Tuesday, Bogra Additional Superintendent of Police Sanatan Chakrabarty told bdnews24.com.
The others accused in the case are Tufan's wife Asha Khatun, her sister and municipality councillor Marzia Hasan Rumki, Asha's mother Rumi Khatun, father Jamilur Rahman Runu, Rumki's house help Anjuara Begum, Tufan's associates 'Atik', 'Munna', Ali Azam Dipu, 'Rupom', 'Shimul', 'Jitu' and barber Jibon Rabidas.
In one of the cases, Tufan is accused of raping the girl on Jul 17 and several times later after luring her with the promise to help her get into a good college. She said his associates helped him in the act. The alleged victim and her mother were picked up from their home in Bogra by Tufan's relatives and several miscreants on July 28 before they filed the rape case. Later, the mother started another case over the assault.
As protests erupted over the incidents, police arrested Tufan, Asha, Rumki and Rumi within days after the incidents and the others later.
ASP Chakrabarty said all 13 are named in the case over the assault under the Bangladesh Penal Code while 10 of them are named in the rape case under the Prevention of Repression against Women and Children Act.
Tufan's father-in-law Runu is on bail while another accused, Shimul, is absconding, the police officer said.
Tufan was transferred to Kashimpur Jail after allegations surfaced that he had met the rape victim and done drugs during his detention in Bogra jail.
The girl and her mother are in Victim Support Centre and Safe Home respectively in Rajshahi.