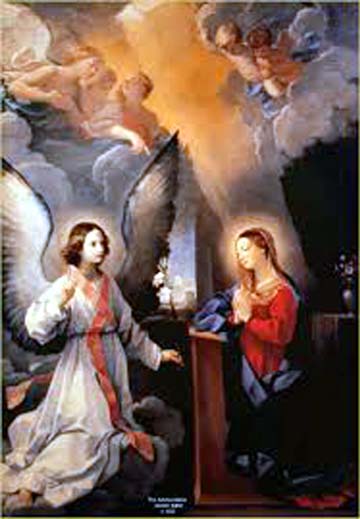 Life Desk :
One in every 200 young American women says she became pregnant while still a virgin.
That is the eye-popping figure reported on Tuesday by US researchers who trawled through a long-term study into reproductive health among young Americans.
Out of 7,870 women who took part in the confidential research, 45 -- 0.5 percent -- said they had conceived yet had not had vaginal intercourse.
None said they had used in-vitro fertilisation (IVF) to become pregnant, according to the paper, published in the British Medical Journal (BMJ). Out of the 45, "there were some miscarriages and other pregnancy losses," said the authors.
The study was based on the National Longitudinal Study of Adolescent Health, which ran from 1995 to 2009, spanning life between adolescence and adulthood. It is deemed reliable and representative of US social and ethnic backgrounds.
The young women reported their history of vaginal intercourse and pregnancy and their knowledge of birth control methods.
Over 14 years, they responded to regular questionnaires, logging their answers on a laptop rather than in eye-contact interviews, although a helper was also present in the room in case the volunteer needed aid.
Their age and commitment to a religion were also recorded, their parents were asked to say how much they had talked about sex or birth control and their school's director was asked to say what part sex education had in the curriculum.
Nearly a third -- 31 percent -- of the "virgin pregnancy" group said they had made a chastity pledge, a vow often promoted by conservative Christian church groups which argue sex should only take place in the context of marriage.
In "non-virgins" who had become pregnant, 15 percent had made the chastity pledge. Among those who said they were still a virgin, the proportion of chastity pledgers was 21 percent.
"Virgin mothers" were also more than two years younger, being 19.3 years on average when they gave birth, compared to "non-virgin" mothers whose average age at parenthood was 21.7 years.
Lead author Amy Herring, a professor of biostatistics at the University of North Carolina at Chapel Hill, said the volunteers "weren't asked a question 'have you had a virgin pregnancy?', it was put together from a series of questions about pregnancy history and vaginal intercourse history."
The findings raise intriguing questions about sexual education and awareness but also about the difficulties of getting accurate data about sex lives, she said in a phone interview with AFP.
"Even though we thought that the questions were quite clear, there's still the possibility that some women misunderstood or misinterpreted them, such as simply giving the wrong year, or for whatever reason that they did not want to admit that they had had intercourse," Herring said.
"Even though we used technology to try to enhance the candour of respondents, we still see responses that are unrealistic," she said.
"In fact we went back a few weeks ago to see if this was a phenomenon that was confined only to the women, and we actually found a few virgin fathers as well -- which is a little harder to get your head around."