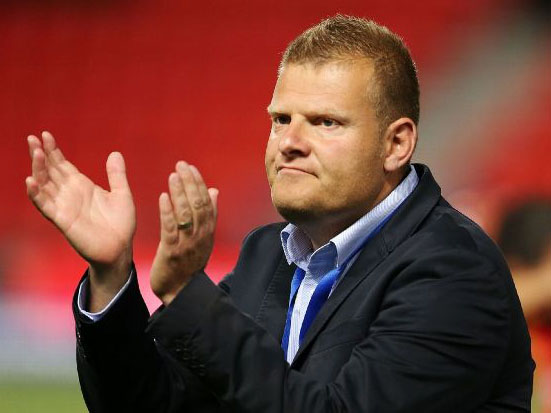 Former Barcelona youth team coach Josep Gombau was Wednesday appointed to lead Australian side Western Sydney Wanderers, with the Spaniard excited by the "amazing opportunity".
Gombau took the coaching reins after Tony Popovic lobbed a bombshell a week before the A-League started in October, announcing he was quitting with immediate effect to work at Turkish club Karabukspor.
The Wanderers conducted a worldwide search for a successor, and settled on Gombau, who mentored the Barcelona youth team from 2003-2009 before joining Kitchee in Hong Kong.
He went on to become Adelaide United coach before managing Australia's under-23 team and becoming an assistant to national coach Ange Postecoglou.
"For me, this is an amazing opportunity at one of-if not the biggest-clubs in the A-League," he said.
"I look forward to building on the style of play that we want to play-attacking football that our members and fans will be proud to watch."
Wanderers chairman Paul Lederer said he was looking forward to the club's continued growth with the Spaniard at the helm.
"After an extensive worldwide search we are confident we have chosen the best candidate for the job," he said.
"Josep is a man of impeccable character; he is a family man and has great credentials to fit into our operations to continue the growth of this fantastic football club."
The club are unbeaten after four games this season, winning one and drawing three.