Peer pressure is weaker for teens to quit smoking 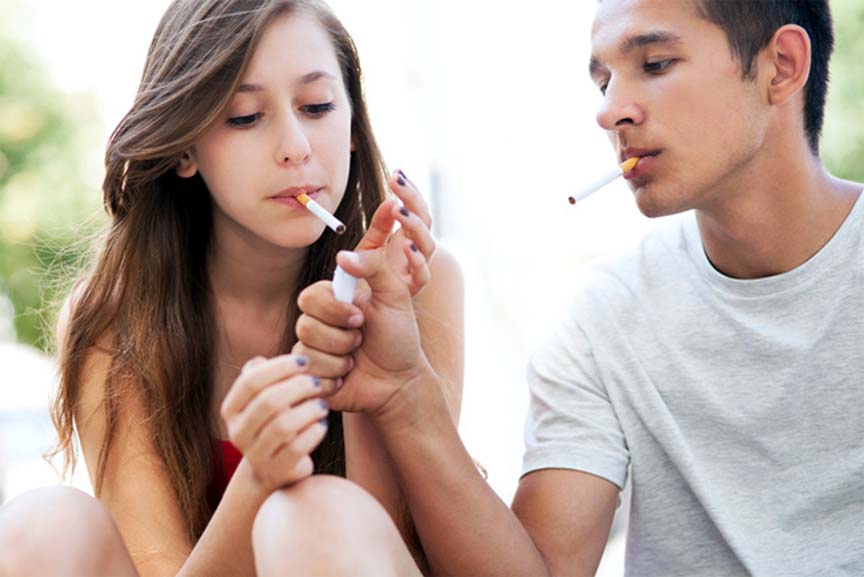 Life Desk :
Adolescents tend to be more powerful in influencing their friends to start smoking than in helping them to quit, a new study has found.
In a study of adolescent friendship networks and smoking use over time, researchers from Penn State and colleagues found that friends exert influence on their peers to both start and quit smoking, but the influence to start is stronger.
Â "What we found is that social influence matters, it leads nonsmoking friends into smoking and nonsmoking friends can turn smoking friends into nonsmokers," said Steven Haas, associate professor of sociology and demography, Penn State.
"However, the impact is asymmetrical: the tendency for adolescents to follow their friends into smoking is stronger," Haas said.
Haas, who worked with David Schaefer, associate professor of human evolution and social change, Arizona State University, said that the addictive effect of nicotine may be the strongest influence on an adolescent's inability to help their friends quit smoking.
However, there are other reasons why peer influence to start smoking is stronger. The tendency for adolescents to follow their friends into smoking is stronger
"In order to become a smoker, kids need to know how to smoke, they need to know where to buy cigarettes and how to smoke without being caught, which are all things they can learn from their friends who smoke," said Haas.
"But, friends are unlikely to be able to provide the type resources needed to help them quit smoking," Haas added.
Nonsmoking friends would not have access to nicotine replacement products or organised cessation programmes to help their friends quit, according to the researchers.
"Most often, adolescents will try to either quit cold turkey, or by gradually reducing their smoking, and these are the least successful ways to quit," said Haas.
While most current adolescent smoking prevention programmes are aimed at building resistance to peer pressure, Haas said school nurses and health professionals may be able to design programmes that use peer pressure to positively influence behaviour.
For example, they could design programmes to help nonsmoking adolescents help their smoking friends.
The study used data from the National Longitudinal Study of Adolescent Health in the US. Their sample data set included two high schools, one with 757 students and the other with 1,673 students.
The data was collected at several times throughout the school year, allowing researchers a chance to see how behaviours change and also how networks of friendships evolve over time.
The findings were published in the Journal of Health and Social Behavior.
-India Today.