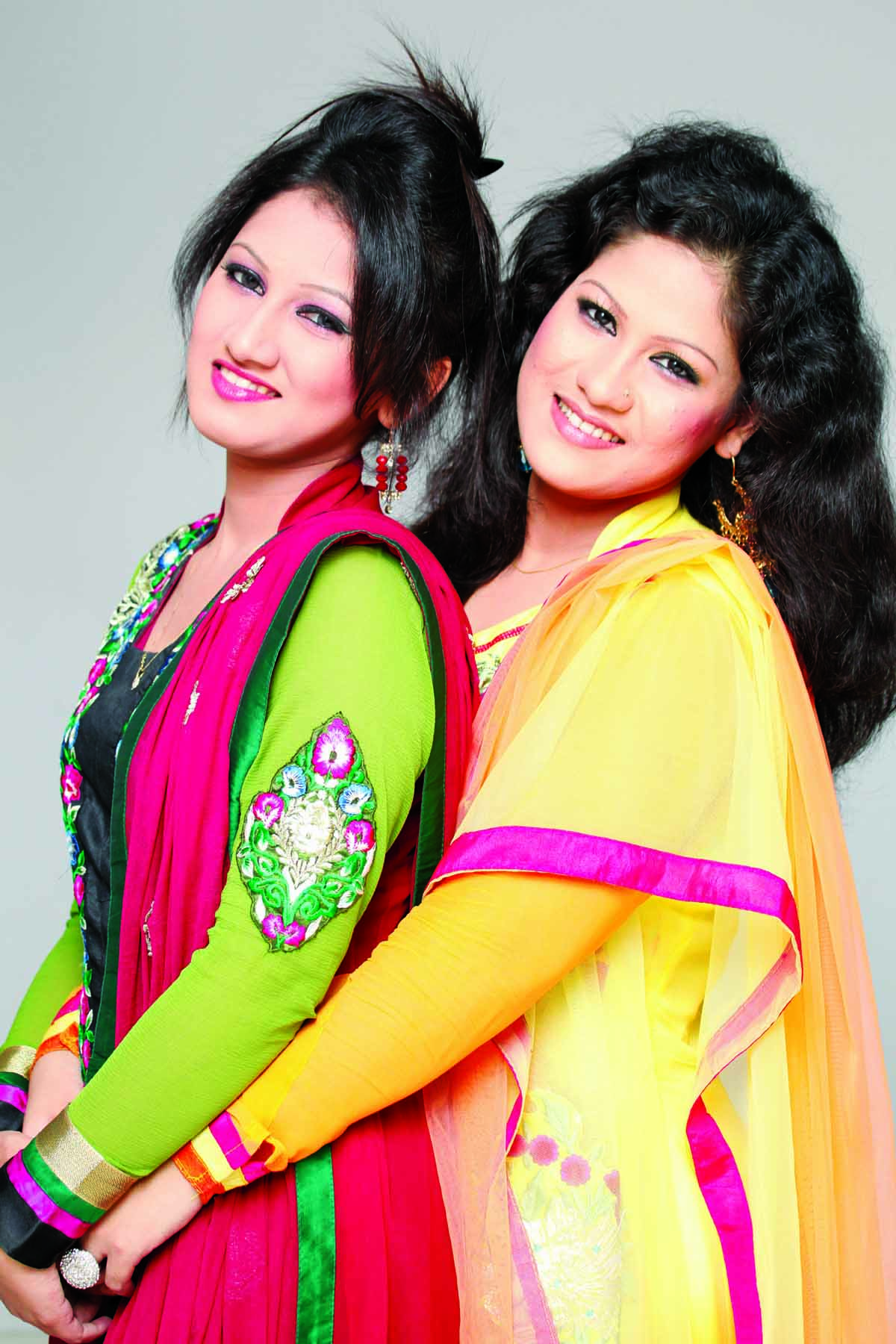 Two sisters and also singers of Sherakontho Brishty Mutsuddi and Nirbachita Mutsuddi will render song with noted singer of the subcontinent Kumar Shanu in a festival in London.Nirbachita and Brishty will perform in Victoria of London at a Boishakhi fair, which is to be organised by Boishakhi Mela Community Trust on June 22. To perform in the show, both Nirbachita and Brishty left for London on Wednesdayâs flight. Before leaving Dhaka Nirbachita told this correspondent, âEarlier I and Brishty performed together in a show in Oman. For the first time, we are going to perform in London. But we are really feeling well, as we will perform on stage with Kumar Shanu in the event. I hope we can perform well and will enthral the audience by our performances.âBrishty shared her feelings by this way, âEverybody pray for us as we can successfully perform in the show with Kumar Shanu.âHowever, besides giving reception to Kumar Shanu on June 24 in London, Nirbachita and Brishty will receive their honour from the organizers. It may be mentioned that Nirbachita was top 10 in Sherakontho 2008 contest, while Brishty became champion in the same contest in 2012. On the other hand, Nirbachitaâs debut solo album is set to be released under the banner of G-Series in Eid-ul-Fitr. Meanwhile, Brishtyâs debut solo album will be released in Eid-ul-Azha. Prince Mahmud, Bappa Mazumder, Fuad, Shondhi and Amzad have composed tunes and music of Nirbachitaâs 10 tracks of her solo album, she said.Â Â Â