Avoid dictatorship at home to save kids from drugs 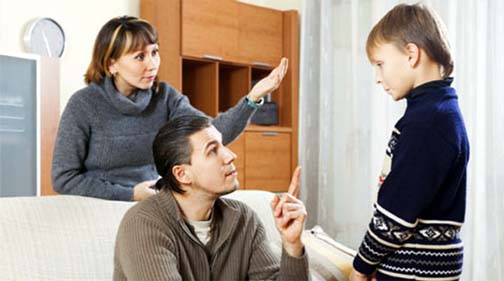 Life Desk :
Parents who are reasonable and set down clear rules without being overbearing are most successful in preventing their children from taking to drugs and drinks, a study said.
Contrary to popular belief, firm discipline can be just as bad as a lack of control when it comes to the best way of bringing up a family, new findings show.
"Extremes are not effective, neither authoritarianism nor absence of control and affection," said Amador Calafat of the European Institute of Studies on Prevention in Mallorca, Spain.
In fact, children with authoritarian parents who show little affection are more likely to go off the rails.
However, those whose parents shower too much love are also more likely to smoke cannabis or cigarettes and to drink.
The study, which was conducted across six European countries, involved almost 8,000 youngsters aged between 11 and 19 who were questioned on the kind of parenting styles they had received.
Calafat said that different parental approaches are helpful in different scenarios. The study appeared in the journal Drug and Alcohol Dependence.
-internet