Nephew held over dispute of flat 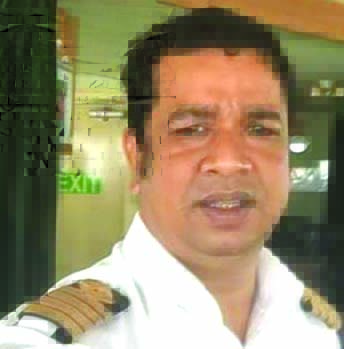 Police have arrested nephew of the marine engineer who has been found dead at a construction site in Sukrabad.
The law enforcers detained victim Rafiqul Hasan Rimon's nephew Sajedul Karim Rony on Monday after Rimon's family alleged they had a dispute over the ownership of a flat in Agargaon.
Rony was later shown arrested in a murder case started by Rimon's father Md Khalilullah at New Market Police Station.
Khalilullah, a retired schoolteacher, accused some unidentified people in the case. He mentioned the dispute between Rimon and Rony, and also the process of his son's divorce from his wife Kaniz Fatema, who was also quizzed by police.
On Saturday night, Rimon's family filed a general diary at the police station, claiming he had gone missing.
The family found his body at a construction site in Shubkrabad Sunday late in the night on Sunday after tracing his mobile phone, which was found on a chicken trader.
The trader told the family he found it at the construction site. Police are also interrogating him and the security guard of the site.
Rimon was last seen on a CCTV camera near Shukrabad's Metro Shopping Mall, said New Market Police Station Inspector (Operations) Abdus Salam.
New Market Police Station OC Atiqur Rahman told bdnews24.com: "We are trying to solve the mystery and hope to get a result soon."
Khalilullah says he suspects Kaniz's family is behind the death of his son.
"They had been threatening my son for long. Police must investigate whether Kaniz's family carried out the murder with Rony's help secretly," he told this news agency.
He said Rimon had been living in Dhaka for past six months after resigning as a captain of a ship to handle these issues.
Citing Kaniz's statement, police officers investigating Rimon's death said the dispute between Rimon and Kaniz had originated from his affair with one of his cousins.
That cousin is the last person Rimon spoke with on his phone at 9:15pm on Saturday.