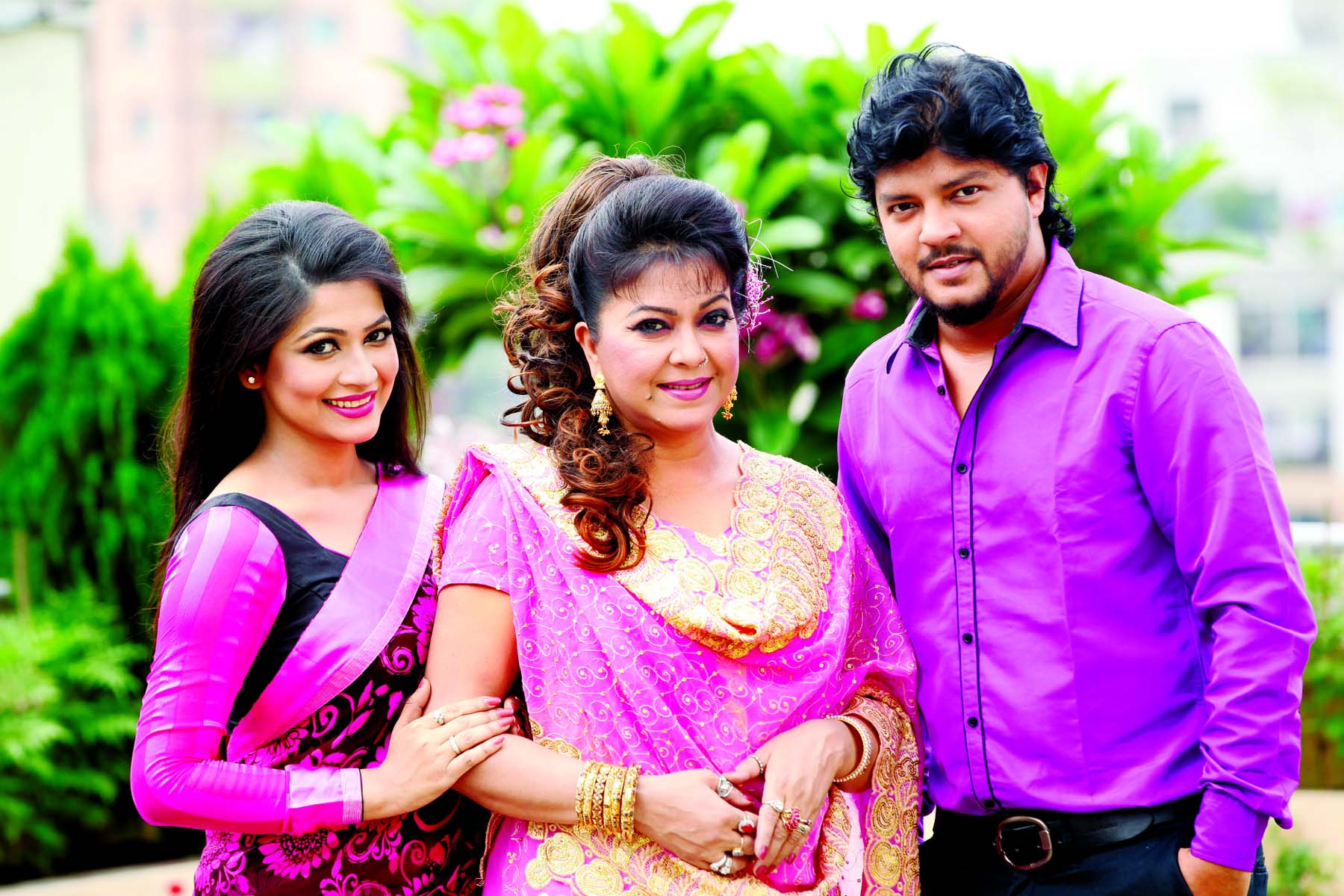 Popular film actress Parvin Sultana Diti has made a TV play titled Tumi Aamar Maa on the occasion of last Motherâs Day. It was aired on Channel i. This time she is making a telefilm titled Bou Shashurir Char Chhakka on the occasion of ensuing Eid-ul-Fitr. Rumman Rashid Khan has written script of the telefilm. Lux superstar, popular TV actress and model Badhon and actor Kalyan Corraya acted in role of husband-wife in the telefilm. Therefore, noted actresses Sharmily Ahmed and Diti also acted in the roles of Badhon and Kalyanâs aunt-in-laws.Though Diti, Badhon and Kalyan acted together, for the first time both Badhon and Kalyan are acting under Ditiâs direction. While talking about their performances Diti told this correspondent, âBoth Badhon and Kalyan are happy to get the opportunity to act under my direction in the telefilm. They got full freedom while acting in the telefilm. In fact, their sincerity and dedication also impressed me. It became a nice work. Viewers will give their judgment in this regard.âBadhon shared her feelings by this way, âWhen a performer becomes director, he/she can easily realise and finds out problem of an actor/actress. For this reason, I worked happily under Diti apu's direction.ââWhen co-actor becomes director, she can keep in mind the actor's facilities while taking part in shooting of a telefilm. Diti madam successfully done the work,â Kalyan Corraya said while sharing his feelings about the telefilm.Mashfiq Chowdhury Timu acted in an important role in the telefilm Bou Shashurir Char Chhakka, which will be aired on Channel i on the occasion of Eid-ul-Fitr. In the telefilm, Diti talked in Dhakaiya (original regional language of Dhaka) language. Â Now Diti acted and Sardar Rokon directed only drama serial titled Chairman Bari in being aired now. Diti acted new drama serials are: Idris Haidarâs Palonko, Arif Khanâs Secret Service, Rulin Rahmanâs daily soap Mayar Khela and Mainul Hasan Khokonâs Jibon-er Golpo.Today Kalyan is going to Coxâs Bazar to take part in shooting of Shahriar Nazim Joy directed an Eid play. He will take part in shooting of Shihoron against Mou.Â  Â On the other hand, Badhon is passing days with shooting of Eid plays and telefilms now.