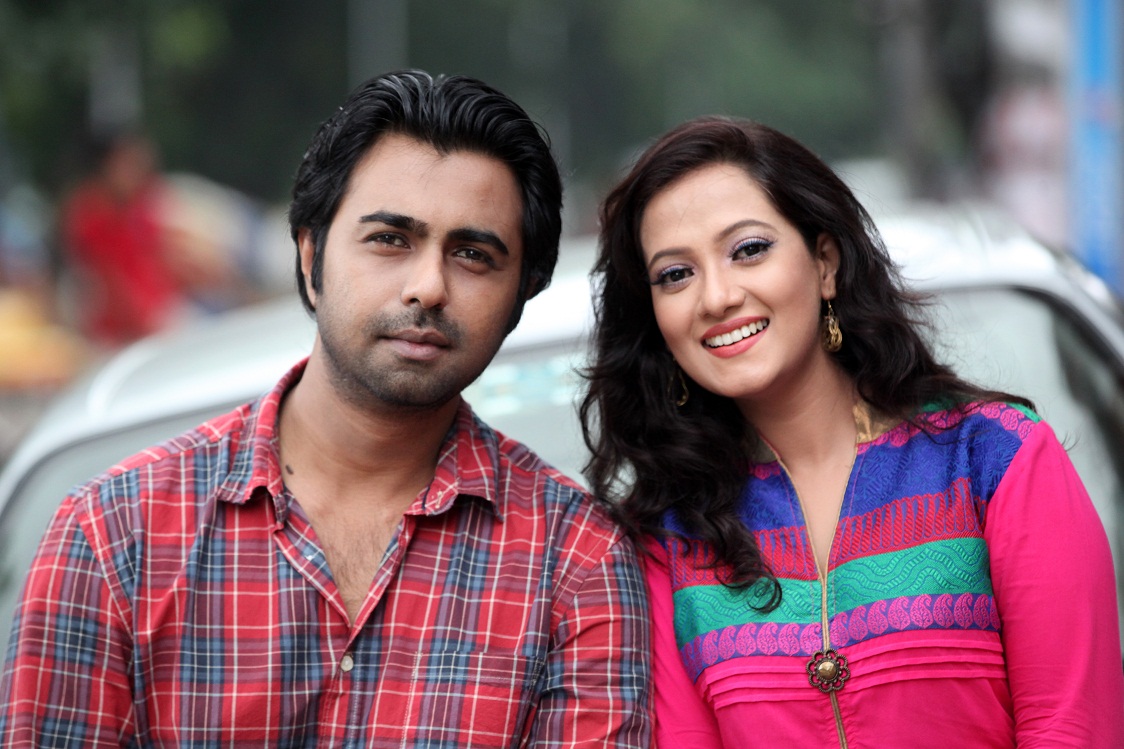 When Apurbo was newcomer in media he got the opportunity to work against then reputed actresses like Tarin, Aupee Karim, Richi Solaiman, among others.In that case, not only his co-actresses cooperated him but also directors also extended their hands in this regard. Apurbo didnât forget those days.Now Apurbo is an establish actor in media. He always feels comfortable to work against newcomer actresses and gives them opportunity to work with him. Anny Khan is popularly known as a model in TVC (television commercial) arena. She is also hosting TV shows regularly. But she is appeared on the screen as an actress in TV play a little bit. For the first time, Anny paired up with Apurbo in a TV play titled Aamake Diye Kichhu Hobena, which was directed by Rashed Raha. Script of the play was written by cultural journalist Khairul Bashar Nirjhor.Apurbo is a very simple minded person. He doesnât care of himself. He always has to bent down his head to all. Once he realises that he canât do anything. With this story Rashed Raha made the play Aamake Diye Kichhu Hobena.While talking about the play Apurbo told this correspondent, âAnny is now becoming very lively in acting. She has acted well in this play. She can easily blend with her character while acting. It is very important for an actress.âAnny Khan shared her feelings by this way, âIn fact, I am really fond of Apurbo bhaiâs acting. I couldn't understand that he is so cooperative actor.âProduced under the banner of Versatile Media the play Aamake Diye Kichhu Hobena will go on air in Eid-ul-Fitr in any satellite channel.Besides performing in many TVCs, Anny Khan is now waiting to release her acted movie titled Rongdhonu, directed by Nabil Ashraf, though its shooting yet not completed. Basically Anny doesnât know when her first acted movie titled Shimarekha, directed by late Akhtaruzzaman, will see the light. She is still confused about its releasing time. But Apurbo acted first movie titled Gangster Return is going to release soon. Recently married popular model cum actress Jannatul Ferdous Peya and Super Heroine Shampa acted against him in this movie.