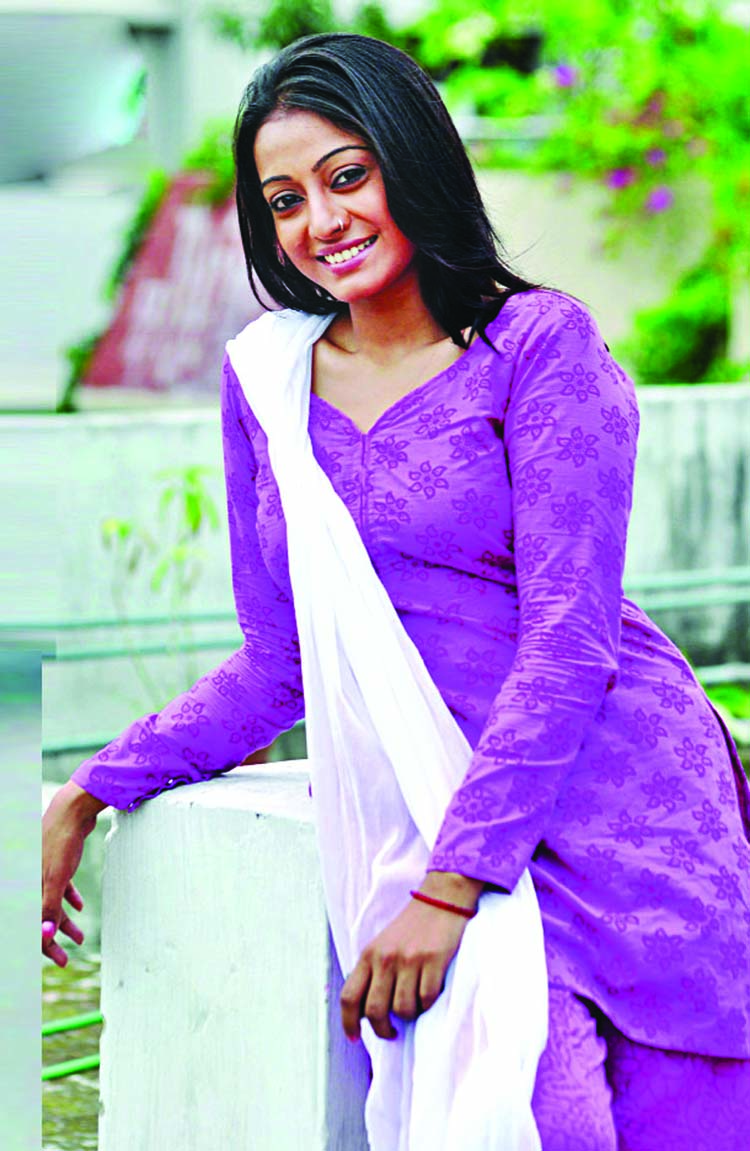 Lux superstar Nazia Haque Orsha is now seeing TV media as her last hope in the career. To survive in media, she has decided to work only in TV play and TVC (television commercial). But at one stage, she didnât have any plan to work in TV play or TVC.
In the beginning of her career, Orsha wanted to become successful in the big screen. To work in movie, she had to face a lot of sufferings.
In 2010, Orsha started to work in a movie titled Ferrari Manush. But shooting of the movie stopped due to unknown reason in the middle phase. Abir Shrestha directed in that movie Rawnak Hassan was her co-actor. Orsha doesnât know anything about the future of the movie now. Later she was confirmed to act in another movie titled Mohua Mongal. She had been selected to act in role of Mohua in the movie. Though its shooting was scheduled to start first of 2014, she doesnât have any update information in
this regard till now.
While talking about these movies Orsha told this correspondent, âI really do not know about the future of these two movies. Shooting of Ferrari Manush started with strikingly. At last, shooting of this movie didnât continue. Now I am getting many offers to act in the movies. But due to lack of better script and director I have lost my
interest to act in the big screen.â
After becoming frustrated about the big screen, Orsha has concentrated to work in the small screen. Orsha acted two drama serials Noashal and Maago Tomar Jonno are being aired now.
But Orsha prefers to work in faction play or telefilm rather than mega
serial. She will be appeared on the screen in seven faction plays during Eid-ul-Fitr. These plays are: Faridur Reza Sagorâs Late Kore Sylhet-e of Chhotokaku series, Sokal Ahmedâs Somoy Durbin Durotto, Mehedi Hasan Joni, Mahmud Didar and
Sayeed Rinkuâs one play each.
âFrom the beginning of my career I didnât have interest to act in drama serial. Because I think a character in any serial losses its attraction to the viewers at one stage due to its time lengthiness. As a result, viewers loss their attractions to watch the serial,â Orsha said.
It may be mentioned that Orsha is now studying with Food and Nutrition in Home Economics College.
She wants to get a scholarship in her subject for higher subject and has planned to work in World Health Organisation, Orsha said.Â Â Â Â Â