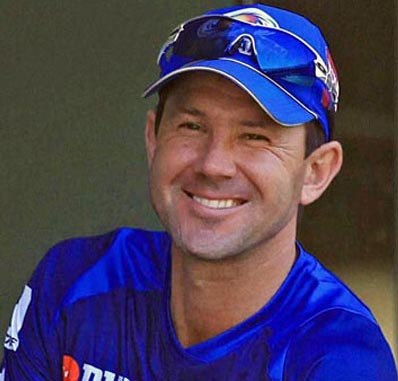 Ricky Ponting will be an assistant coach during Australia's Twenty20 international series against England and New Zealand next month, Cricket Australia said on Tuesday.
The former Australia captain will work under head coach Darren Lehmann, while Troy Cooley and Matthew Mott will help out during the series.
They have been brought on board while regular support staff Graeme Hick, David Saker and Brad Haddin are in South Africa to assist in preparations for Australia's four-Test tour from March.
Lehmann has previously said he will not seek to renew his contract when his current deal expires at the end of 2019, with Ponting seen as a potential successor.
Ponting undertook the T20 role last year when he worked with the Australia squad for the three-match series against Sri Lanka.
He has extensive experience of the shortest form of the game, captaining his country in the first ever T20 international against New Zealand in 2005, and then leading the side in the first two editions of the ICC World Twenty20 in 2007 and 2009.
"I loved working with the squad last year against Sri Lanka and I can't wait to be working alongside Darren, Troy and Matthew this time around," Ponting said.
"Watching the Big Bash League in my role as a commentator has shown me we have a wealth of talent available to us in this format and a tri-series like this will give us a great chance to establish a pattern of play that works best for the players."