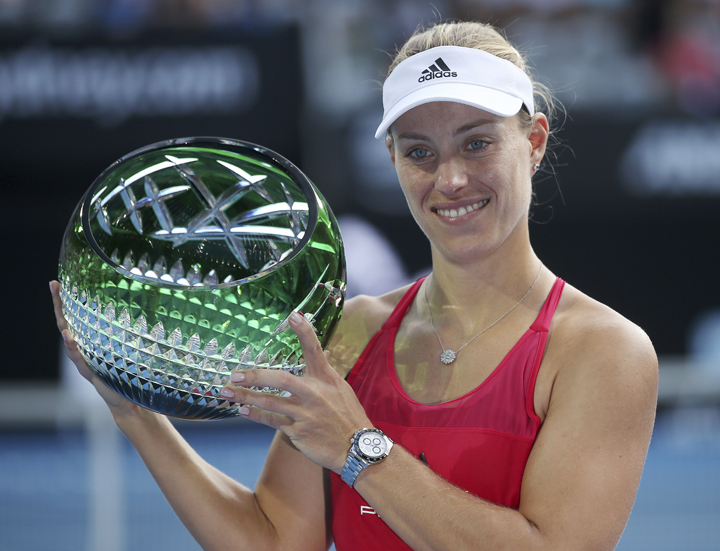 Angelique Kerber of Germany holds her trophy as she celebrates her win over Ash Barty of Australia in their women\'s final singles match at the Sydney International tennis tournament in Sydney on Saturday.

Germany's Angelique Kerber beat Australia's Ashleigh Barty in straight sets to win the Sydney International for her ninth consecutive win of the new season on Saturday.
The former world No.1 was too strong for Barty, winning the final 6-4, 6-4 to give her a massive confidence boost for next week's Australian Open in Melbourne.
It was Kerber's second win over the 19th-ranked Barty in three meetings.
Kerber, who began last year as No.1 before finishing at No.22, continued her 2018 resurgence and remains unbeaten this year.