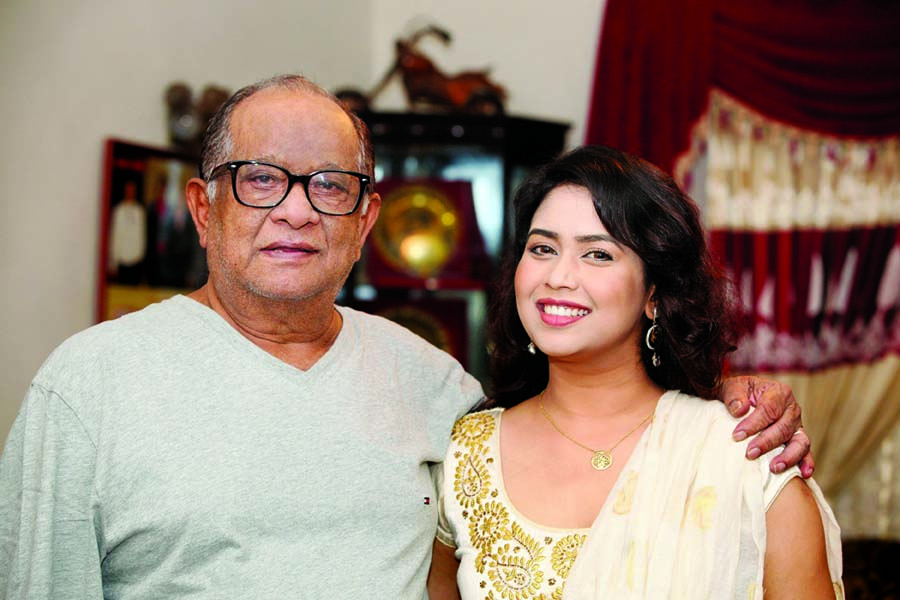 Legendary film actor Razzak shared the tales of his struggling life to popular TV actress and model of present time Bhabna. Bhabna went to Razzakâs residence Lokkhi Kunjo in the cityâs Uttara area on Sunday morning and listened the stories of his struggling life. While asking Bhabna why she showed keen interest to listen the struggling life of Razzak Bhabna told this correspondent, âMy solo dance show titled Bhabnar Nil Akash-e is going to be aired on Banglavision on the occasion of Eid-ul-Fitr. I will present six dance performances in the programme. One of my performances in the dance show, I have dedicated to Razzak uncle. After returning home I thought that I have dedicated to one of my dance performances to Razzak uncle but I have very little bit introducing with him. I was very much eager to listen his life story. For this reason, I have decided to go to his residence to meet him.â Razzak prayed for Bhabna as she could become successful in media and also become a full-fledged actress in the long run. While talking about her Razzak said, âIt is really a different experience in my life that an actress of present time who showed her keen interest to know about me and also my struggling life in the field of acting. I couldnât give her enough time. But her respect, curiosity and conformity about my life and me have really impressed me a lot. I told her the stories of the beginning of my career in the film industry. In future, if I would get time I will tell her more stories about my life.â It may be mentioned recently Razzak has already finished shooting of Mushfiqur Rahman Gulzar directed a movie titled Mon Janena Moner Thikana. He acted in role of a justice in the movie. He is not engaged with any other new movie now. On the other hand, Bhabna has acted in different plays under the direction of Mohon Khan, Animesh Aich, Dipankar Dipon, Mahmud Didar and Arif Khan on the occasion of ensuing Eid-ul-Fitr.