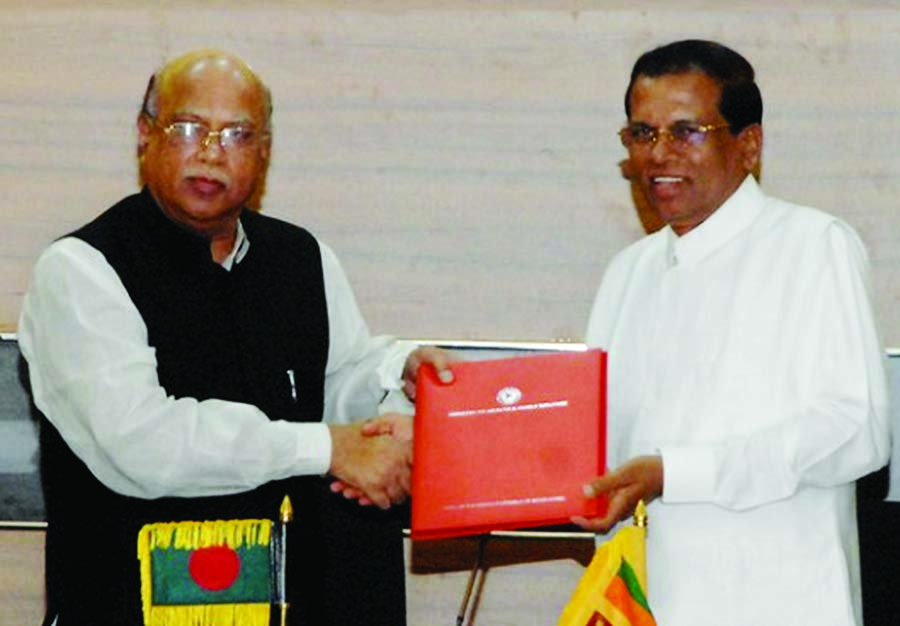 Sri Lanka, so far heavily dependent on Indian drugs, has signed an MoU with Bangladesh to import pharmaceuticals products.

Sri Lanka, so far heavily dependent on Indian drugs, has signed an MoU with Bangladesh to import pharmaceuticals products.The country's visiting health minister, Maithripala Sirisena, signed a deal with his Bangladesh counterpart, Mohammed Nasim, on Monday at the latter's offfice.Nasim said Sri Lanka had already given a list of "525 types of medicines" that they want to source from Bangladesh."It'll solely be a government to government mechanism. We will soon form a committee, which will monitor the exports," he said.Representatives of both sides will be on the committee, Nasim said.He said Sri Lanka imported 70 percent to 80 percent of its needed drugs from India. "Bangladesh is a new reliable field for them."The Sri Lanka's minister said they had turned to Bangladesh for the "high-quality and low price" of medicines the country is offering.This is the first government-to-government mechanism for exporting Bangladesh drugs.Abdul Muktadir, Secretary General of the Bangladesh Association of Pharmaceutical Industries, has welcomed the deal."It's a big achievement for Bangladesh and our pharmaceutical industries," he told bdnews24.com, but added it would be a "challenging task".He said Sri Lanka approached Bangladesh as "they trust our drugs"."We have to be careful," he said, as Sri Lanka wants high-quality products at reasonable prices."If we succeed, it will open new exports market though a government-to-government mechanism".Health minister Nasim said Sri Lanka would primarily source medicines from the state-run producer, EDCL. "When necessary, we'll take the private sector's help".