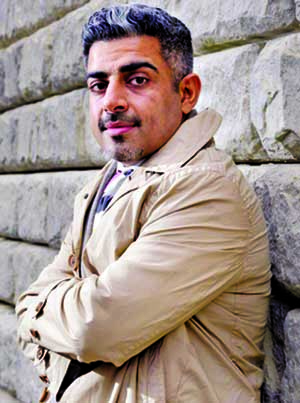 Bor will be taking the place of former Deputy High Commissioner David Ashley. The British High Commission will hold a reception in Dhaka on Tuesday to farewell Ashley and welcome Bor.
Bor's parents were Iranian refugees who fled to the UK to avoid persecution. Neither he nor his mother spoke any English at the time the family began living in Southampton.
His arrival in the UK and the welcome he and his family received was probably the most important moment of his life, Bor told the Pearson College London in an interview. But Bor's family were still surprised when he told them he would apply for the UK Foreign Office, worried that 'inner sanctum of Britishness' could reject someone of his background. Happily, they were proven wrong. "My country's willingness to fully embrace me and my family is not only a testament to its confidence in who it is but also a powerful message that British Values - fairness, tolerance, and freedom of speech to name a few, but probably the most important - are not solely rhetorical flourishes to evoke during times of crisis or uncertainty," Bor wrote in a blog on the UK Foreign Office site.Â Â Â  Since joining the Foreign Office, he was worked in Egypt and served as the acting UK ambassador in Liberia. He cites his mother as his primary inspiration. "Every time I think my problems are difficult, I remind myself that she, like many others now, came to the UK as a single mother, not speaking a word of English, forsaking her family and educational background and not knowing anyone. She had to re-start her life over again.Â  This puts all my problems into perspective!" he told the Pearson College London.
The former child refugee will likely handle part of the UK's response to the Rohingya refugee crisis in his new role as British deputy high commissioner in Bangladesh. On Nov 14 of last year, Bor spoke of the Rohingya crisis to A-Level students at Carlton Bolling College in Bradford. In his speech, Bor discussed the UK's efforts to provide emergency food to 174,000, lifesaving nutritional support to more than 60,000 children, safe drinking water, soap, cooking items, shelter, female sanitary items, and counselling and psychological support at the Rohingya refugee camps in Bangladesh.