They are in Eid special Ittadi together 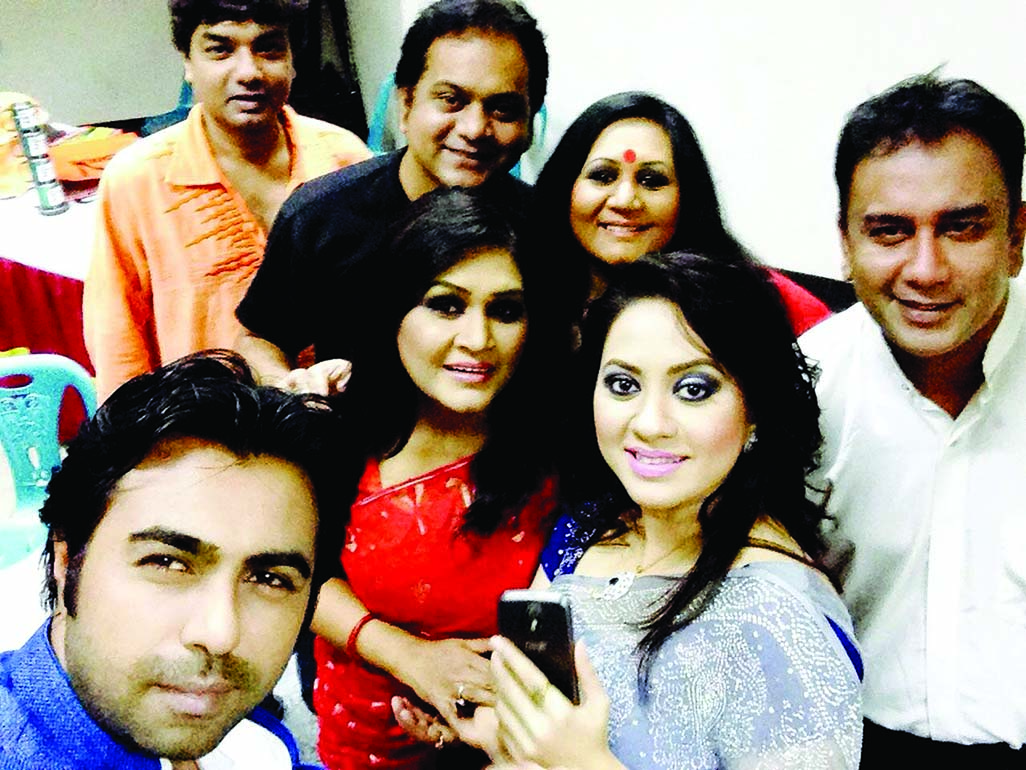 Under the direction of popular director Hanif Sanket shooting
of Eid special popular magazine Ittadi is being held now. Due to stealing idea of the show Hanif Sanket always tells details of the
magazine before few days of its airing. This time he will also do it.
Seven popular singers and actors will be seen on the screen in Eid special Ittadi taking part in an exceptional segment. These seven performers are:
Fahmida Nabi, Samina Chowdhury, Zahid Hasan, Agun, Tarin, Mir Sabbir and Apurbo. Shooting of this special episode of Ittadi was taken place
on June 23 night. During the break of the shooting these seven
performers took part in a photo session which images were uploaded later in Apurboâs Facebook account. Apurbo took those photographs by selfie,
a kind of self-portrait photograph. A collected image from Apurboâs
account is published for the readers of The New Nation.Â Â