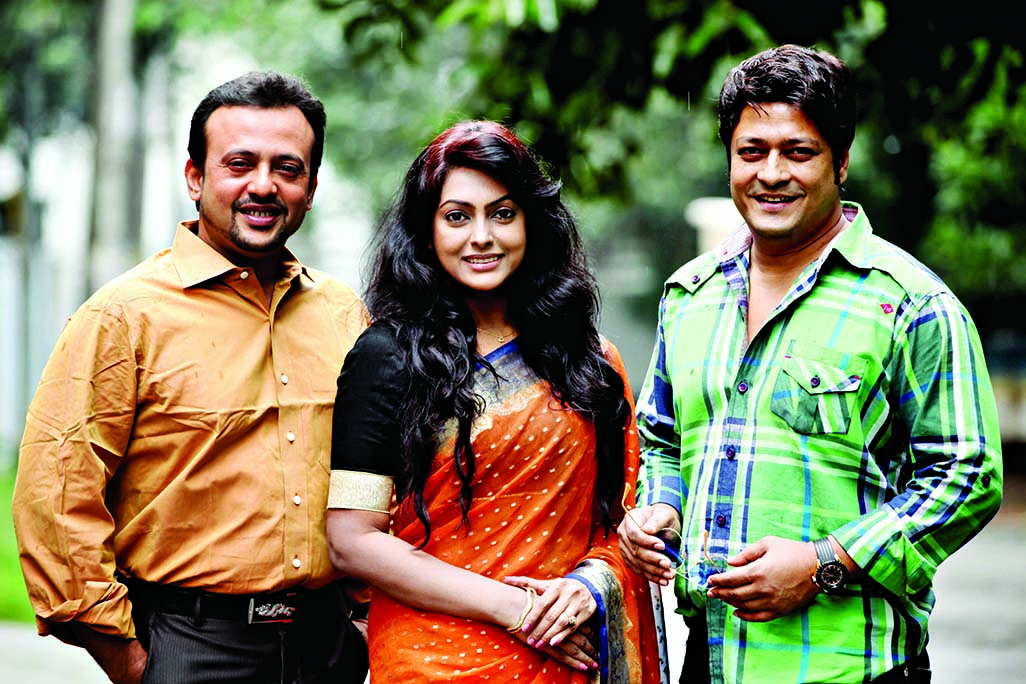 Three times National Film Award winner actor Ferdous Ahmed has written script of a TV play for the first time. He has written the script for the play titled Confusion, which original story is based on from the adaptation of a foreign story. The play has been made by Abir Khan under Ferdousâ own production house Cinemascope. Ferdousâ close friend, three times National Film Award winner popular actor Riaz and popular film actress Nipun acted as pair in two lead roles in Confusion.Riaz and Nipun acted in role of husband-wife in the play. Shooting of the play was wrapped up in the cityâs Uttara area on Tuesday.While talking about to write down the script of the play suddenly Ferdous shared his feelings by this way, âIn fact, the story of Confusion is like that which story remain unfinished till its ending. Itâs theme was liked by me so that I have shown keen interest to write its script. I was a student of the Department of Mass Communication and Journalism in Dhaka University. I think as a student of the department, I must have a habit of writing story.â Riaz shared his feelings by this way, âFerdousâ story-telling was attracted me. It is also pleasure that I have worked under my friendâs production and script. Nipun also acted well in the play.âWhile talking about the play Nipun told this correspondent, âI have worked with Riaz bhai and Ferdous bhai in the big screen. Though it was my first play with both of them to get the scope to act together at a time, working environment of Confusion was friendly. I have really enjoyed working with them. I hope viewers will also enjoy the play.âThe play Confusion has been made to air on Banglavision on the occasion of ensuing Eid-ul-Fitr. However, to observe the World Environment Day on June 21, an awareness building âgreen rallyâ was jointly organised by Young Womenâs Christian Association (YWCA) and Ayesha Memorial Hospital. Both Riaz and Ferdous took part in the rally. It may be mentioned that Ferdous and Riaz acted together in four movies till now. These were: Anjan Sarkarâs Prithibi Aamar-e Chaina, Motin Rahmanâs E Mon Chai Jey, Azadi Hasnat Firozâs Boshtir Meye and Mushfiqur Rahman Gulzarâs Kushum Kushum Prem.Meanwhile, Riaz and Nipun also acted in two other plays on the occasion of Eid-ul-Fitr. One is Arif A Ahnafâs Superstar and Shahidunnabiâs Shuvagomon.Â Â