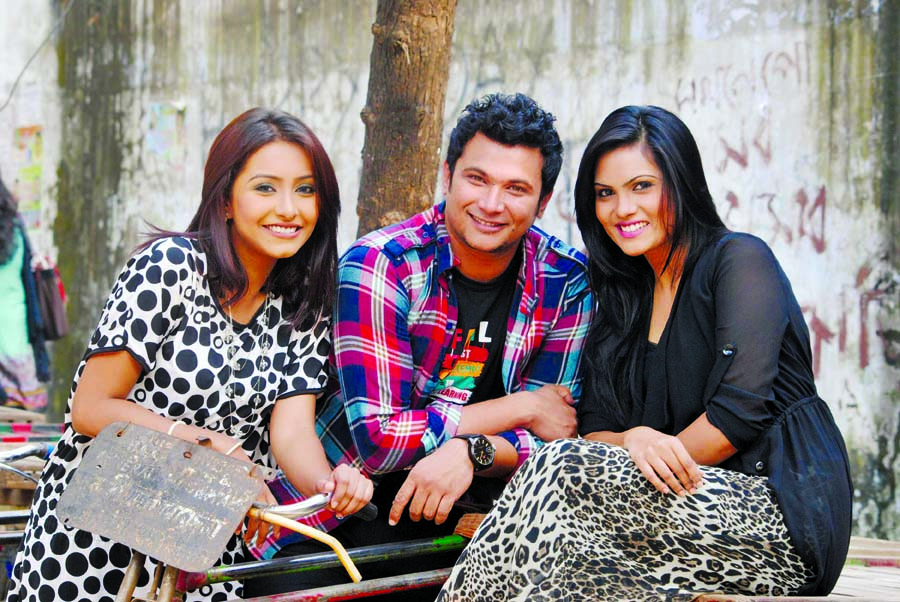 Both Veet star Hasin and Lux star Proshun love popular actor of present time Nayeem. But their love is not in real life. It is the story of a telefilm titled Hoytoba Tomakei Bhalobashi, which will be aired tonight on Maasranga TV at 8:00pm. Script of the telefilm, directed by Ashfaqur Rahman Ovi, was written by Anurup Aich. Â
In the story of the telefilm, it will be shown that Nayeem is a son of a rich family. He continues affair with his two classmates - Proshun and Hasin in parallel way. Nayeem shares this thing to his childhood friend Anika.
Despite knowing the friendship between Anika and Nayeem, both Hasin and Proshun start to feel jealous to Anika. They also start to tell many fabricated information about Nayeem and Anika in this regard.
When Nayeem informs the matter he becomes shock. Later he starts to think about Anika in his life. Then he proposes her to marry Anika. But Anika tells Nayeem not to think to marry her. As a result, Nayeem becomes frustrated. Then story of the telefilm gets momentum and climax.Â Â Â