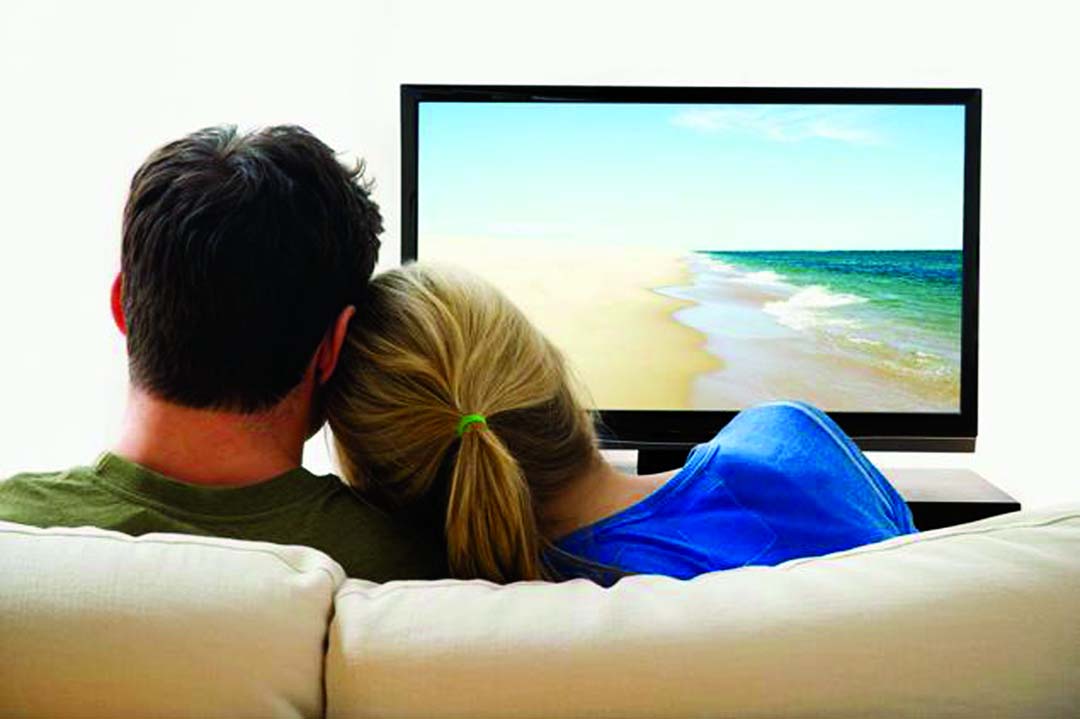 Life Desk :
Premature death is twice as likely to occur in people who watch three or more hours of television daily than people who watch less, suggests a study on Wednesday.
Early Death Risk Doubled With Watching 3 Hours of Daily TV
The research in the Journal of the American Heart Association is the latest to describe the potential dangers of a sedentary lifestyle, which include high blood pressure, obesity, cancer and heart disease.
"Our findings are consistent with a range of previous studies where time spent watching television was linked to mortality," said lead author Miguel Martinez-Gonzalez, chair of the department of public health at the University of Navarra in Pamplona, Spain.
The research was based on records from more than 13,000 people who had graduated from Spanish universities. Their average age was 37, and 60 percent were women.
Researchers wanted to find out if there was any link between dying young and the amount of television watched.
They also looked at how long people spent at a computer and daily driving time and whether these influenced death risk.
Participants were healthy when they began the study and were followed for a median, or midpoint, of 8.2 years.
Those who watched television more than three hours per day were more than twice as likely to die young as those who watched an hour or less, the report said.
The most common cause of death was cancer, which killed 46 people. Thirty-two died of other causes, and 19 deaths were linked to cardiovascular problems.
Research did not find any association between computer time and premature death, or between driving and dying young.
It also did not prove that television watching caused the early deaths, just that an association could be found between more TV-viewing and a higher chance of dying, even when researchers adjusted for other potentially confounding factors.
"Our findings suggest adults may consider increasing their physical activity, avoid long sedentary periods, and reduce television watching to no longer than one to two hours each day," said Martinez-Gonzalez.
The American Heart Association recommends people do some form of moderate exercise for nearly two hours each week.