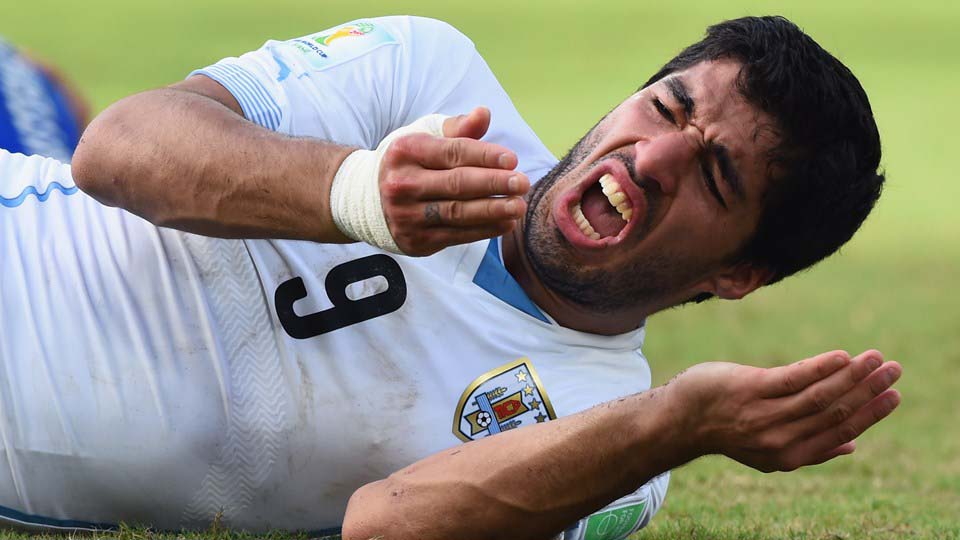 Uruguay striker Luis Suarez has been suspended from all football-related activity for four months for biting Italy defender Giorgio Chiellini.
The Liverpool player, 27, has also been banned for nine international matches, ruling him out of the rest of the 2014 Fifa World Cup.
He will also miss the first nine games of the Premier League season.
The incident occurred during Tuesday's 2014 World Cup Group D game, which Uruguay won to qualify for the last 16.
Uruguay have three days to appeal against the decision.
Suarez has also been fined 100,000 Swiss francs (Â£65,680).
The ban is the biggest in World Cup history, beating the eight games given to Italy's Mauro Tassotti for elbowing Spain's Luis Enrique in 1994.
"Such behaviour cannot be tolerated on any football pitch and, in particular, not at a Fifa World Cup when the eyes of millions of people are on the stars on the field," Claudio Sulser, chairman of the Fifa disciplinary committee, said in a statement.
Fifa vice-president Jim Boyce added: "I think the punishment handed out to Luis Suarez is fully justified. Hopefully he will have learnt that this type of behaviour cannot be tolerated."
However, former Liverpool defender Mark Lawrenson felt the suspension should have been longer.
"I don't really think that the punishment fits the crime," he said.
"Say my boy was about 11 or 12, how do you explain to your lad who's a football fan exactly what Luis Suarez keeps doing.
"He is now a persistent offender and I thought actually the ban would have been much harsher."
Suarez has now been found guilty of biting three opponents in his career.
He was banned for 10 games for biting Chelsea's Branislav Ivanovic during a Premier League match in 2013 and was also suspended for seven games for biting PSV Eindhoven's Otman Bakkal in 2010.
Mexican referee Marco Rodriquez did not see Suarez bite Chiellini on the left shoulder, but Fifa ordered an inquiry after the match following protests by the Italian.
Suarez had initially shrugged off the incident.
"These are just things that happen out on the pitch," he told Uruguayan television. "It was just the two of us inside the area and he bumped into me with his shoulder."
Suarez's first match back for Liverpool could be in round four of the Capital One Cup, with matches due to take place in the week commencing 27 October.
The Reds must win their third-round tie in September to reach that stage.