Serena Williams powers into third round 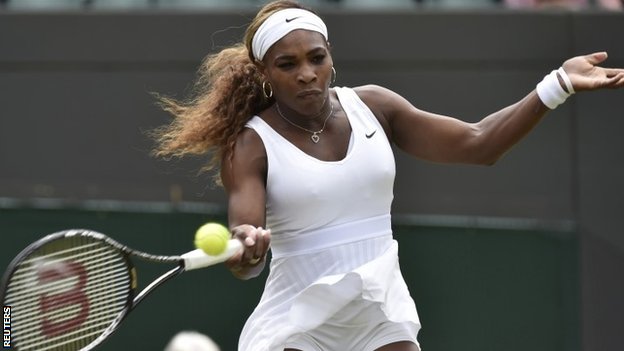 Top seed Serena Williams needed just 49 minutes to reach the women's singles third round after overwhelming South African Chanelle Scheepers 6-1 6-1.
The five-time former champion was in complete control throughout against the 30-year-old world number 94.
Williams will face 25th seed Alize Cornet from France in the next round after she beat Petra Cetkovska of the Czech Republic 6-4 5-7 6-3.
Also through is 11th seed and former world number one Ana Ivanovic.
The Serb was a 6-4 6-0 victor over China's Jie Zheng, who was a semi-finalist in 2008.
Williams had a quick turn-around after playing doubles with sister Venus on Wednesday night but still managed to serve eight aces and did not face a break point on her own serve.
"It is tough for me, every week I am always the favourite and that can be pressure, but I can deal with it and I'd rather be looked at that way," she told BBC Sport afterwards.