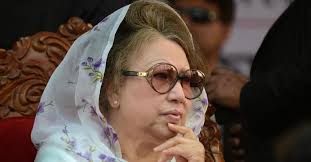 The High Court will allow BNP Chairperson Khaleda to challenge the verdict in the Zia Orphanage Trust graft case.

Justice M Enayetur Rahim and Justice Shahidul Karim made the decision on Thursday, stayed the fine ordered in the lower courtâs verdict and decided to hear the BNP chiefâs bail petition on Sunday.

The case documents have to be sent from the trial court to the High Court within 15 days, according to the order.

A special judgeâs court sentenced the BNP chief to five years in prison over the graft case on Feb 8.

Her lawyers filed the petition on Feb 20 after receiving the 1,126-page copy of the verdict.