Usain Bolt to attend Câwealth Games as a spectator 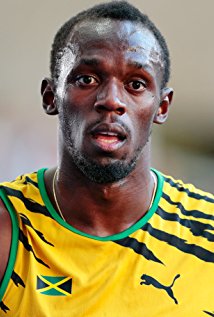 Sprint legend Usain Bolt will attend next month's Commonwealth Games on Australia's Gold Coast to watch the 100-metres final, former Jamaican world champion Yohan Blake has revealed.
Bolt, 31, who retired from athletics after August's World Championships in London, has been busy preparing for a tilt at football and has also worked with Australia's cricketers to boost their running between the wickets.
Blake, one of the track stars at the April 4-15 Games, arrived in Australia on Sunday and told reporters the eight-time Olympic champion and world record holder in the 100m and 200m was "coming to watch the 100m final".
"(He) was at the track in Jamaica before I left. He said, 'When I come to Australia, if you don't win there is going to be problems'," Blake told Brisbane's Courier Mail late Sunday.
"I don't have a Commonwealth medal. It's very important for me to have one in my trophy case. Usain Bolt has left his legacy for us to carry on and that's what we want to do," said Blake of his fellow Jamaican.
Blake, 28, the second-fastest man of all time, missed the Glasgow 2014 Commonwealth Games due to injury.