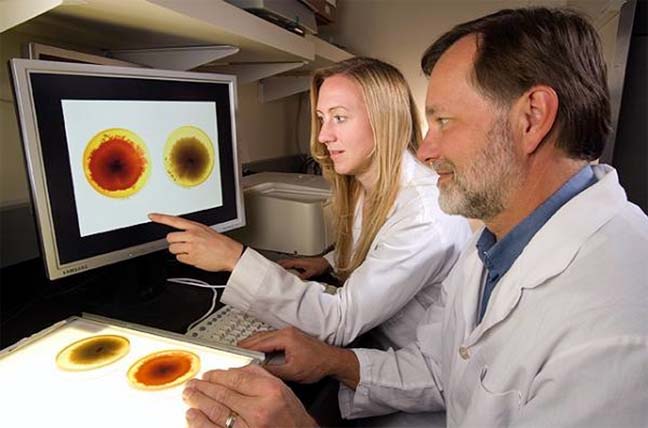 Life Desk :
A fungus from the soils of Nova Scotia could actually help scientists in the battle against drug resistant germs that kill thousands of people every year and are posing a global threat.
A team of researchers led by McMaster University has discovered a fungus-derived molecule, known as AMA, which is able to disarm one of the most dangerous antibiotic-resistance genes: NDM-1 or New Delhi Metallo-beta-Lactamase-1, identified by the World Health Organization as a global public health threat.
"This is public enemy number one," explains Gerry Wright, director of the Michael G. DeGroote Institute for Infectious Disease Research at McMaster University.
"It came out of nowhere, it has spread everywhere and has basically killed our last resource of antibiotics, the last pill on the shelf, used to treat serious infections," he says.
Discovering the properties of the fungus-derived molecule is critical because it can provide a means to target and rapidly block the drug-resistant pathogens that render carbapenem antibiotics-a class of drugs similar to penicillin-ineffective.
"Simply put, the molecule knocks out NDM-1 so the antibiotics can do their job," says Wright.
Seeking an answer to the riddle of resistance in the natural environment is a far more promising approach than trying to discover new antibiotics, a challenge which has perplexed scientists for decades. No new classes of antibiotics have been discovered since the late 1980s, leaving physicians with very few tools to fight life-threatening infections.