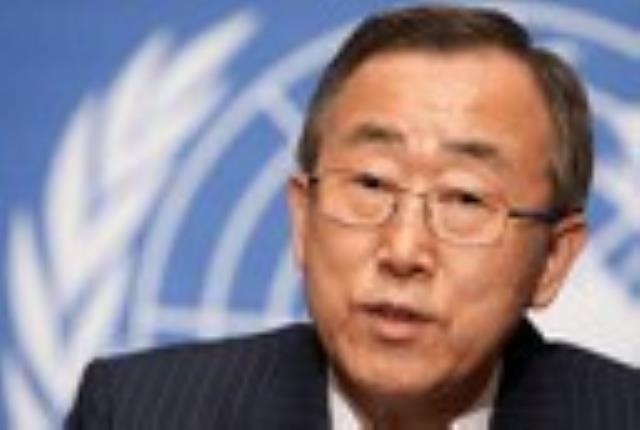 Instead of following the US in debunking the recent Bangladesh elections as 'not credible', the UN has chosen to lambaste the violence witnessed during it.

UN Secretary General Ban Ki-moon has said that the violence during polls was 'unacceptable' and has appealed to political parties to initiate dialogue.

In a statement issued by his spokesperson, the UN chief said he was sad at the violence during the election that left at least 21 people killed across Bangladesh on Sunday.

âHe regrets that the parties did not reach the kind of agreement that could have produced a peaceful, all-inclusive electoral outcome,â the statement said.

The UN chief called upon all to exercise restraint and ensure a conducive environment, where people can maintain their right of assembly and expression.

âViolence and attacks on people and property can never be acceptable.â

The Secretary-General asked political parties to engage in 'meaningful dialogue' in an effort to address the popular aspiration for an "inclusive political process".

âThe UN will continue to support the countryâs democratic processes in accordance with the principles of inclusiveness, non-violence, reconciliation and dialogue,â he said.

On Monday, the US state department had said the Sunday polls were 'not at all credible' and called for dialogue to pave the way for an inclusive election.

The Commonwealth also expressed disappointment over the polls.

But neighbour India said the elections were a ' constitutional necessity' and left it to the people of Bangladesh to decide their future.

But the Indian external affairs ministry statement, like the UN chief, said "violence was not the answer".

Prime Minister Sheikh Hasina has already called for a dialogue and asked the Opposition to abjure violence, but Opposition leader Khaleda Zia has ruled out negotiations, saying the government must first step down and cancel the Sunday polls.