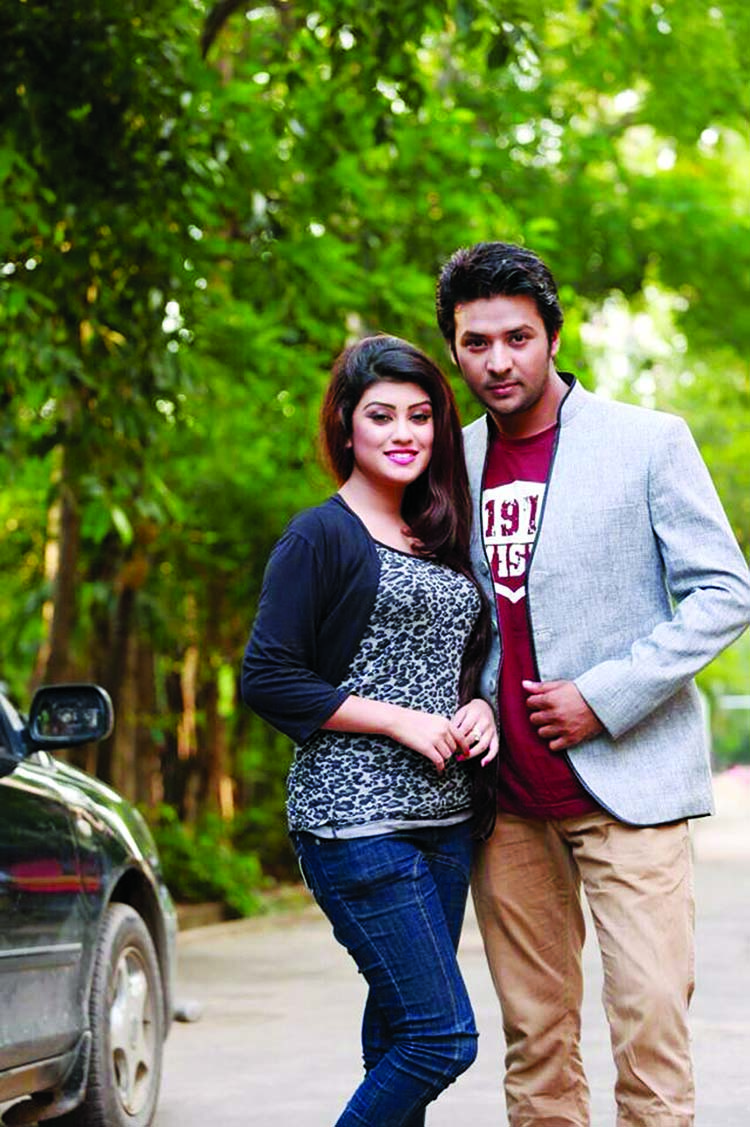 Promising actress and model Amrita Khan again pairs up with popular RJ (radio jockey), model cum actor Nirob
in a movie titled Target. Saif Chandan will make the movie under the banner of Versatile Media. Ayon Chowdhury has written story of the movie. Already Nirob and Amrita have confirmed their interest to act in the movie. Shooting of
the movie will start from this month.
While talking about the movie Nirob told this correspondent, âI and Amrita will pair up again in this movie. I believe it will be a nice work because its story is really nice. My role in the movie is exceptional. I am hopeful about this movie.â
Amrita shared her feelings by this way, âI was debuted my career in film industry against Nirob. I feel comfortable to work against him. Nirob and I will work together in several movies. Target is one of those movies. Story of Target was liked by me. Before taking part in shooting I, Nirob and Saif Chandan took part in rehearsal because there is a huge scope of acting in the movie Target. I think it will be a nice movie.â
It may be mentioned that Amrita and Nirob acted first movie was Royel Anik directed Game, which story was written by Jakaria Showkhin. It is waiting to release after Eid-ul-Fitr. Therefore, Amrita and Nirob acted remake movie titled Antorey Antorey is being made now.