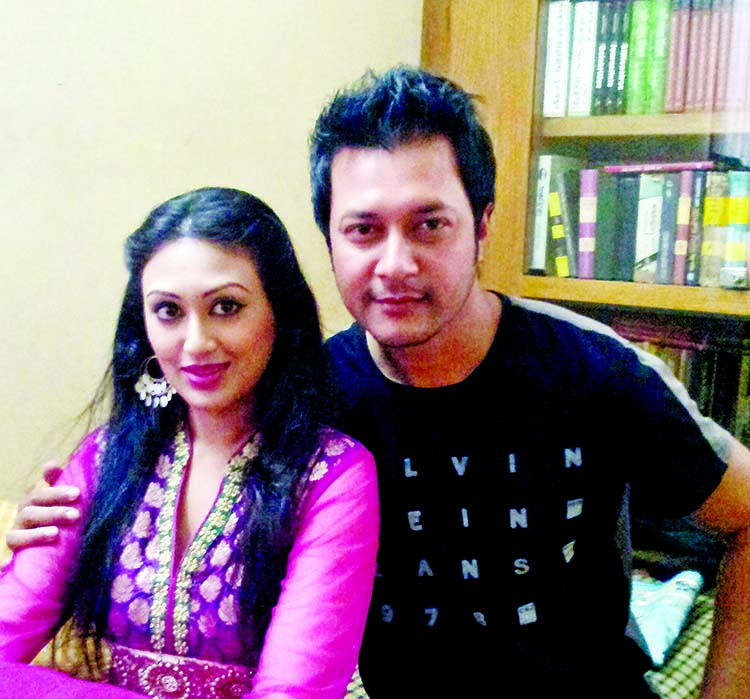 Lux superstar and actress Kushum Shikdar is very intimate friend of popular film actor Emon.
To inform the matter, Kushum gave a status on her Facebook account that she had
met Emon after a long time. She has also uploaded a picture in this regard.
The picture was taken in Hanif Sangketâs Â
popular magazine Ittadi.
Emon informed that he and Kushum
performed together in Eid
special Ittadi, which will be aired on
Eid-ul-Fitr. âWe have taken part in a parody song in Eid special magazine Ittadi. I think
viewers will enjoy our performances.â
In Eid special Ittadi, Fahmida Nabi, Samina Chowdhury, Zahid Hasan, Agun, Mir Sabbir, Tarin and Apurbo also performed. Eid special Ittadi will go on aired on Bangladesh Television.