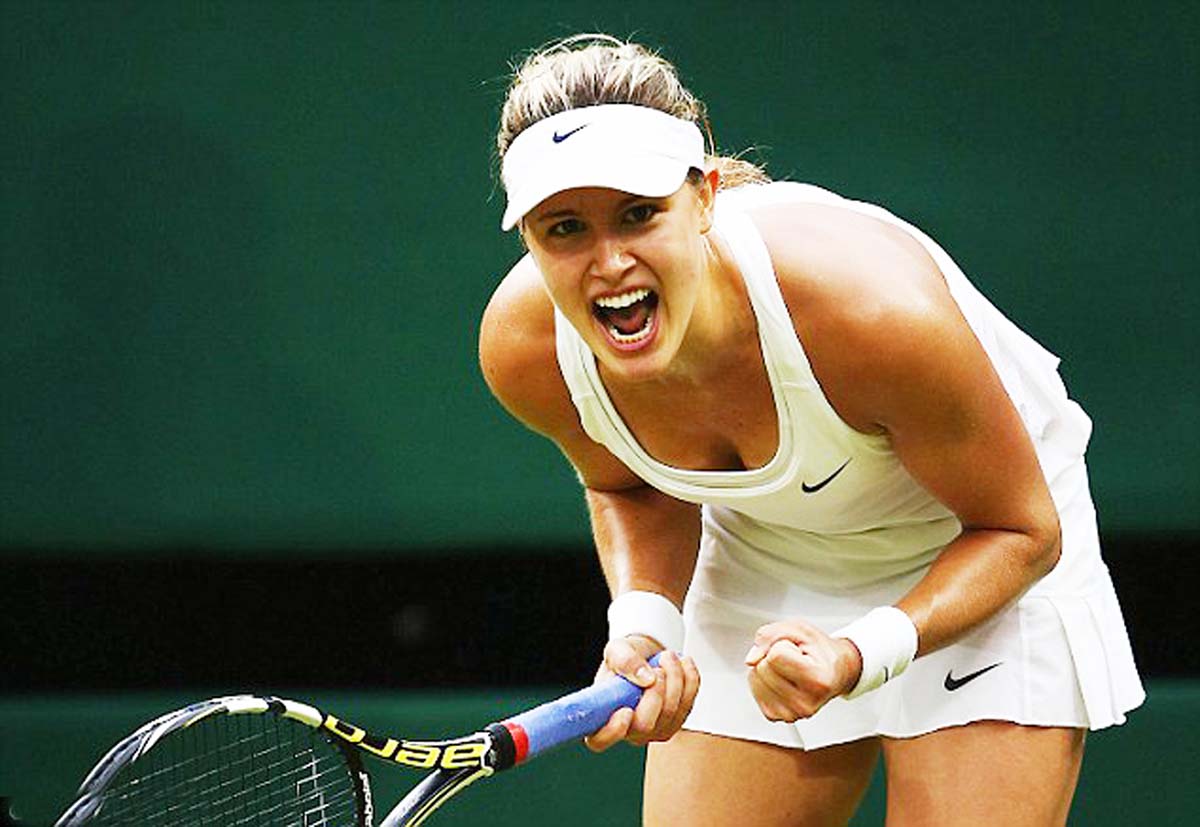 Canadian 13th seed Eugenie Bouchard continued her impressive Grand Slam run by beating France's Alize Cornet 7-6 (7-5) 7-5 to reach the Wimbledon quarter-finals.The 20-year-old was 5-3 down to Cornet, who knocked out Serena Williams in the third round, in the second set.But she showed her power to win four games in a row and will next meet Angelique Kerber or Maria Sharapova."I'm proud with the way I fought out there," she told BBC Sport afterwards.Barbora Zahlavova Strycova beat 16th seed Caroline Wozniacki to claim her second big scalp at Wimbledon after Li Na, and reach her first Grand Slam quarter-final.The Czech, ranked 43 in the world, defeated the Dane 6-2 7-5.She will face former champion and compatriot Petra Kvitova who comfortably beat China's Peng Shuai 6-3 6-2.The 23rd seed Lucie Safarova joined them in the quarter-finals after beating fellow Czech Tereza Smitkova 6-0 6-2.It will be the 27-year-old's first Grand Slam quarter-final since the 2007 Australian Open.Elsewhere, American teenager Madison Keys pulled out of her third-round clash with Kazakh player Yaroslava Shvedova because of a thigh injury.The Eastbourne winner was due to resume at 6-7 (7-9) 6-6 on Monday but the injury, which she sustained during the second set on Saturday, forced her to withdraw.It means Shvedova will face Sabine Lisicki in the fourth round after the German beat former world number one Ana Ivanovic 6-4 3-6 6-1 in a match which was suspended on Saturday.Bouchard, who reached the semi-finals of the Australian Open and the French Open earlier this year, was too strong for 25th seed Cornet, playing some of her best tennis to stay in the second set."I am very excited about reaching the quarter-finals," she added. "But I need to stay focussed and not get distracted. This is what I have worked so hard for but I cannot get carried away and distracted."Wozniacki was far from her best against Zahlavova Strycova, who showed a greater range of shots and some nice touches at the net.The Czech saw five match points pass but on the sixth, set up the point with a drop shot and Wozniacki's attempted return went wide.Wozniacki admitted it was "one of those matches", but felt her opponent was perhaps pushing the time limits between points, which is something men's number two seed Rafael Nadal was criticised for earlier in the tournament. "I thought she was very slow, but I guess the referee, she has the time on it and if she is within the time, I guess it's okay," she said."It is up to the referee or up to the umpire to say if she is or not."The Dane added: "I wouldn't mind, you know, to have a [shot] clock. It shows exactly how much time you take in between points."But Zahlavova Strycova, who served a back-dated six-month doping ban in 2013, admits she has had a difficult time since then."This is something I have dreamed about and I am overwhelmed," she said. "It has been a tough six months and I didn't want to play again but I missed it and then I decided to go for it and I am glad and happy I decided to play again."