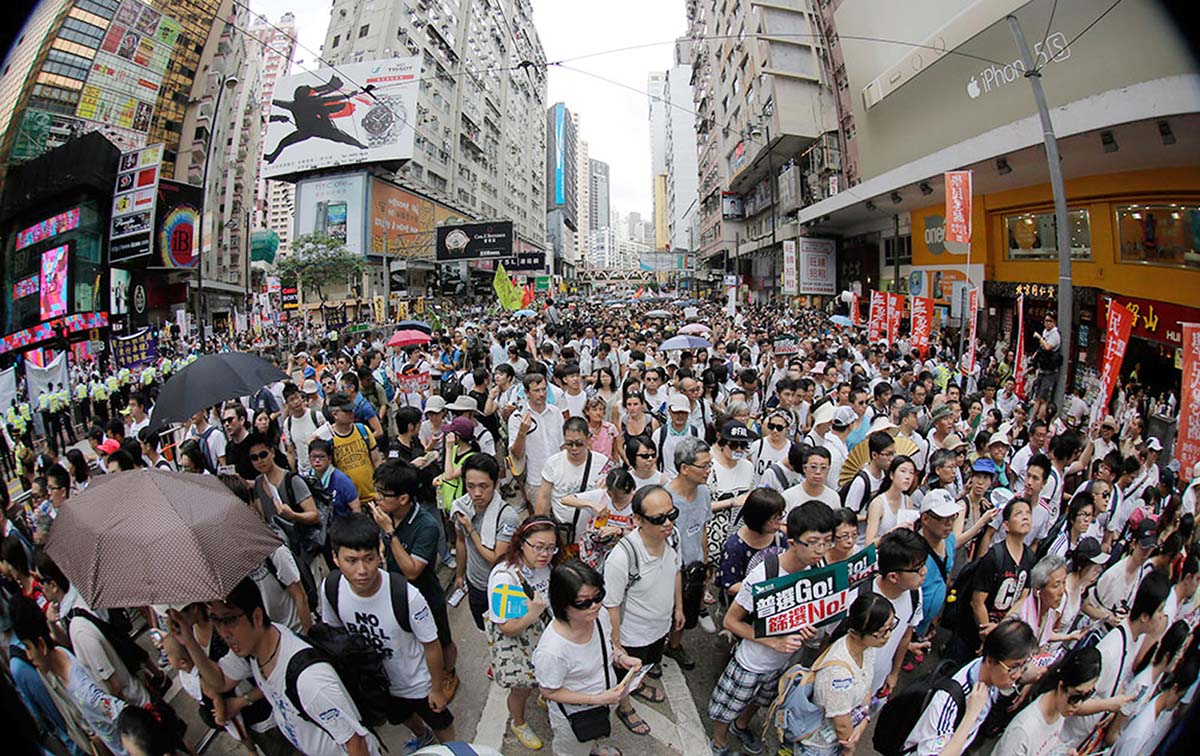 People fill in a street during a march at an annual protest in downtown Hong Kong. Tens of thousands of Hong Kong residents marched through the streets of the former British colony to push for greater democracy in a rally fueled by anger over Beijing\'s r

Tens of thousands of protesters are taking part in what organisers say could be Hong Kong's largest pro-democracy rally in more than a decade.The annual rally, marking the day Hong Kong was returned to China in 1997, is to demand full electoral freedom.It comes after an unofficial referendum on how to choose Hong Kong's next chief executive drew close to 800,000 votes.China says it will introduce universal suffrage for the 2017 vote - but wants the final say over who can run.The Hong Kong government said the 10-day referendum had no legal standing.Organisers are hoping more than half a million people will attend, as Juliana Liu reportsOrganisers expect more than half a million people to join the rally from Victoria Park to the city's Central district. Roads around the park were closed off and footage showed key roads jammed with marchers.Several campaign groups have also indicated that they will stage peaceful overnight vigils after the march, which kicked off at 15:00 (07:00 GMT)."Public sentiment has dropped to the lowest point since 2003," said rally organiser Johnson Yeung. "I believe more people will come out."The rally in 2003 drew half a million people, who demonstrated against proposed anti-subversion laws which were later scrapped.Speaking earlier at a ceremony to mark the 17th anniversary of the former British colony's return to China, Hong Kong leader CY Leung said that the government was trying hard to forge a consensus on political reform."Only by maintaining Hong Kong's stability can we sustain our economic prosperity. Only by sustaining Hong Kong's prosperity can we improve people's livelihood," Leung said.