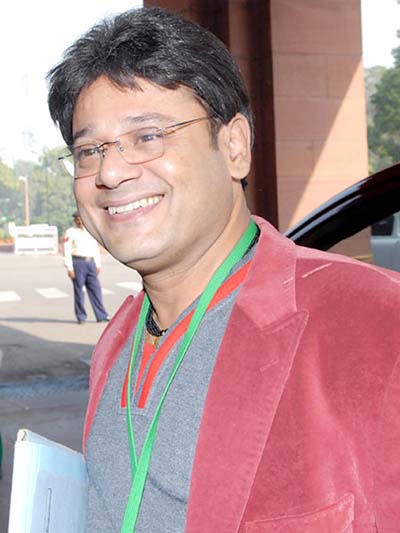 There is growing outrage in India after an MP threatened to kill opposition workers and have their women raped.
Trinamool Congress (TMC) party MP Tapas Pal made the controversial comments warning the rival Communist party while addressing his party supporters.
His wife has apologised for his remarks and his party has asked him to explain his comments within 48 hours.
Several opposition parties and the National Commission for Women have also condemned his comments.
Pal made the threat weeks ago, but a video clip of his comments emerged for the first time on Monday when it was aired on Bengali news channels.
Pal later denied using the word rape. "What I said was I will tell my workers to raid," the Press Trust of India quoted him as saying.
But in the video, he is clearly heard using the word rape while assuring TMC workers that their political rivals will not be able to harm them.
"If any CPM [Communist Party of India - Marxist] man is present here, listen to me. If you ever touch any Trinamool Congress worker or their families, you have to pay for this...
"If any rival touches any Trinamool woman, father or child, then I will ruin their generations. I will let loose my boys, they will commit rape. Yes, they will commit rape," the MP warned.
Pal's statement has led to widespread outrage in India and TMC, which is the ruling party in the eastern state of West Bengal, has distanced itself from his comments.
"The statements made by Tapas Pal are utterly insensitive. The party does not in any way endorse what he said many weeks ago, which is being played out on TV channels," party spokesman Derek O'Brien said.
The MP's wife Nandini Pal apologised on her husband's behalf saying "I apologise to the people of the country for the comments made. The comments need to be seen in the context, but he shouldn't have used the term rape".
The CPM has asked the parliament speaker to disqualify Pal, a two-term MP and an award-winning Bengali actor.
Correspondents say since the 2012 gang-rape and murder of a student on a Delhi bus, scrutiny of sexual violence in India has grown and there is little tolerance for insensitive comments from politicians and other public figures.