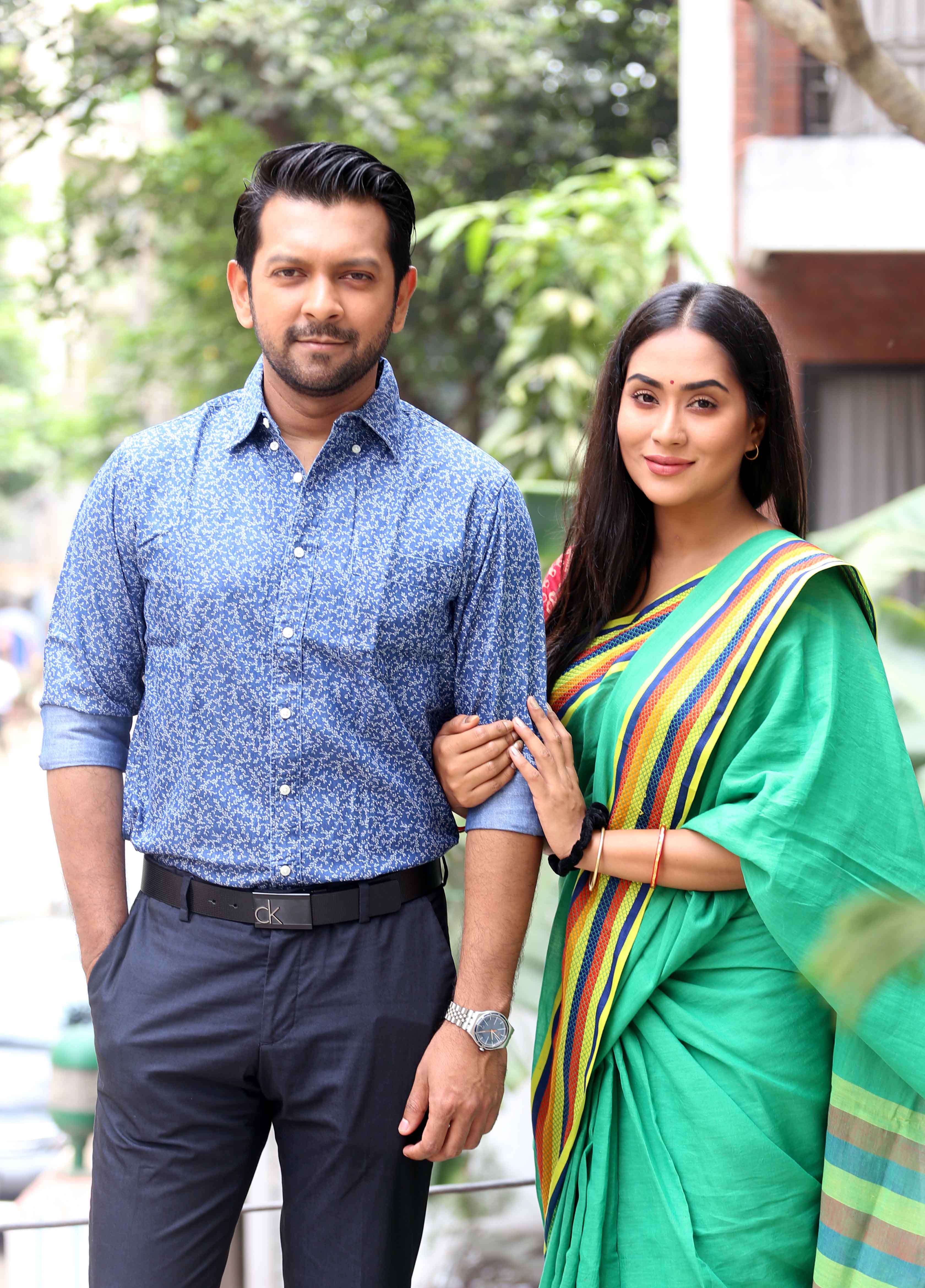 Sheikh Arif Bulbon :
Both Tahsan Khan and Zakia Bari Momo have little bit experience to work together in the small screen. But their acted all three works became popular among the viewers.
On the occasion of Pahela Boishakh, Sagor Jahan has made a special play titled Sonali Ilisher Golpo to cast Tahsan and Mithila. Shooting of the play was done last week.
Though Tahsan had experience to work under Sagor Jahanâs direction but for the first time Momo acted under his direction.
While talking about her feelings to work under Sagor Jahanâs direction National Film Award winner actress Momo told this correspondent, âUnder Sagor Bhaiâs direction I enjoyed working in this play. Its story was nice. Therefore, I worked with an organised unit as a whole.Â  Worked comfortably and as a director he gave me a lot of space to perform in his play. I believe viewers will also enjoy watching the play.â
After finishing shooting of this play actor Tahsan went to USA last week. He will perform in stage show there.
Director Sagor Jahan informed that Sonali Ilisher Golpo will be aired on Rtv on Pahela Boishakh.
It is noted that Tahsan and Momo first worked together in play Nilpori Nilanjona under Shihab Shahinâs direction. Under this directorâs direction they last acted in play Mannequin Mumu.
Momo informed that on April 20, her acted and Arun Chowdhury directed movie Altabanu will be released across the country. Momo acted in the title role in this movie.Â