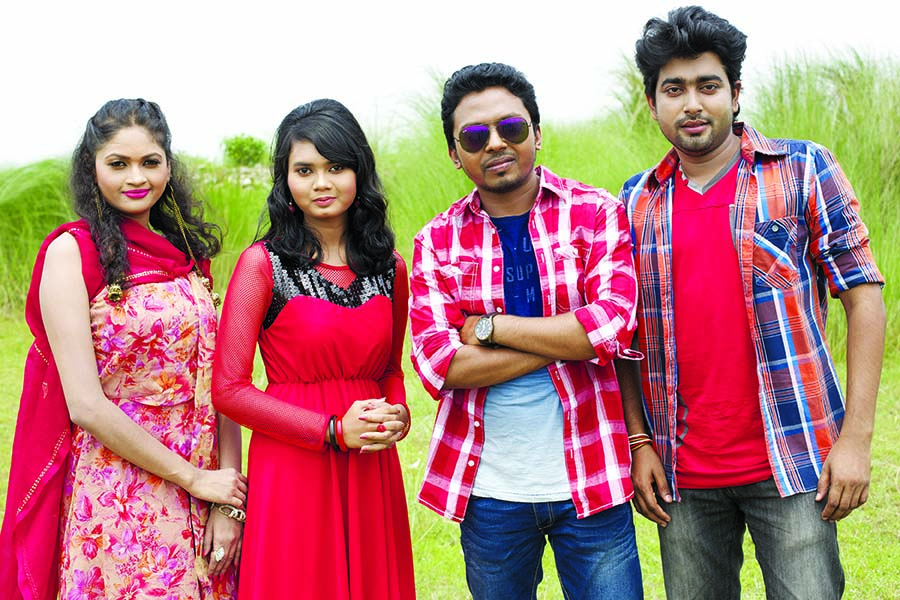 Under the music coordination and lyrics of Faisal Rabbekin audio production house, CD Choice released a mixed album titled Shudhu Bhalobasha on the occasion of this yearâs Pahela Boishakh.
Fifteen singers of present time lent their vocals for the tracks of the album. Of those tracks, a track titled Megh Borsha rendered by Belal Khan and Antara also become popular among the listeners.
Under the lyrics written by Faisal its tune was also composed by him, while its music was directed by JK.
Music video of the song has been made by Mazharul Islam Khokon recently. Its shooting was taken place in different places in the city. Alvi Mamun and Swapna Azmi worked as models in the music video. Besides rendering song in the video, Belal Khan and Antara also performed as models. On the occasion of coming Eid-ul-Fitr the video will be aired in different satellite channels.
While talking about the music video Belal told this correspondent, âAfter releasing the song Megh Borsha, I got huge appreciations from the listeners. This time after releasing its music video it will get more acceptability.â