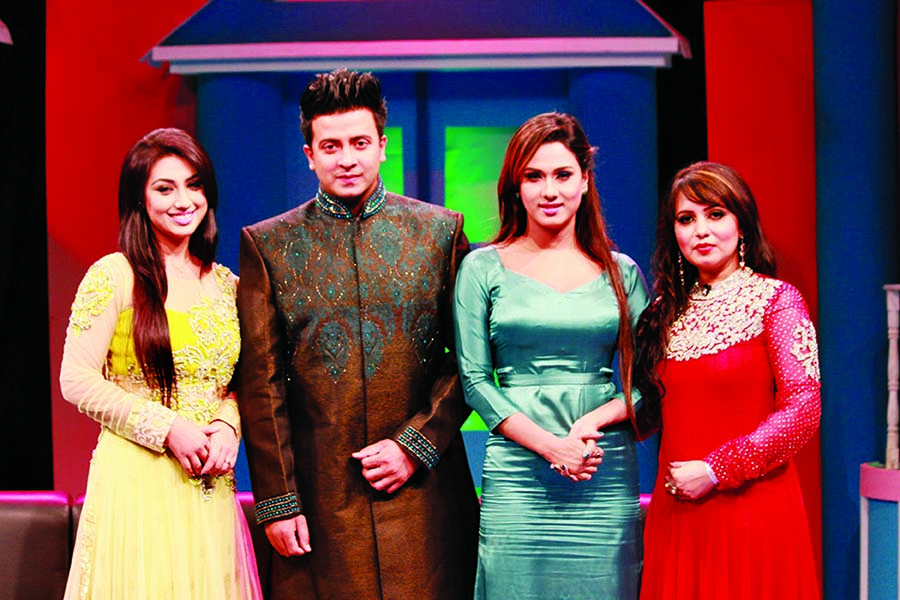 They are on the top position in Dhakaâs film industry now. They are introducing hit movies one after another in the industry.
On the occasion of coming Eid-ul-Fitr, popular hero Shakib Khan, heroines Apu Biswas and Bobby will be appeared on the screen in an open session based programme titled Moment with Stars.
Shakib, Apu and Bobby will tell many stories of their lives including movie related careers and personal matters.
Produced by Sumon Mahmud the programme Moment with Stars will be hosted popular host, actress and director Mahbuba Islam Sumi.