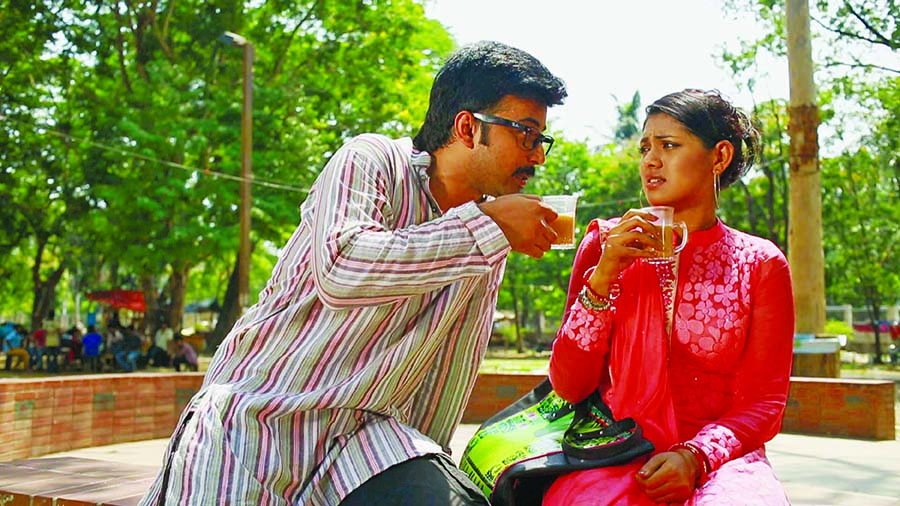 Popular private satellite channel NTV will step into 12 years today. On the occasion of its founding anniversary, a special play titled Na Chahiley Jaar-e Pawa Jai will be aired tonight on NTV at 9:00pm.
Ratan Shipon has given direction of the play under the script written by Sagor Jahan.
Afran Nisho, Nusrat Imrose Tisha, Mouri Selim, Shahnewaj Ripon, among others, acted in different roles in the play.
Ayon has been staying outside the country. He has been talking with Samia over Facebook for a long time. Samia often gives status writing nice poems on her Facebook account those were attracted and impressed by Ayon.
After returning country Ayon meets Samia. When Ayon goes to see off Samia she told him she is not Samia. She is Anamika. Story of the play gets momentum and climax.