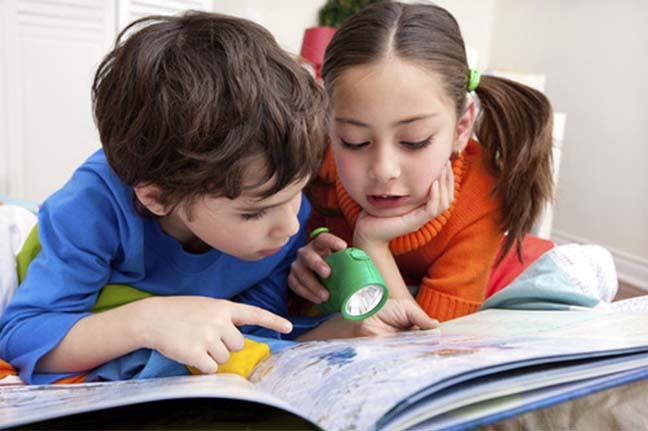 Life Desk :
Boys and girls memorise and process words differently, according to a new study.
Experts believe language uses both a mental dictionary and a mental grammar. The mental 'dictionary' stores sounds, words and common phrases, while mental 'grammar' involves the real-time composition of longer words and sentences.
"Most researchers agree that the way we use language in our minds involves both storing and real-time composition," said lead researcher Dr Cristina Dye, a specialist in child language development at Newcastle University in the UK.
"But a lot of the specifics about how this happens are unclear, such as identifying exactly which parts of language are stored and which are composed.
"Most research on this topic has concentrated on adults and we wanted to see if studying children could help us learn more about these processes," Dye said.
A test based around 29 irregular verbs and 29 regular verbs was presented to the young participants. Only verbs which would be known by eight-year-olds were used.
They were presented with two sentences. One featured the verb in the context of the sentence, with the second sentence containing a blank to allow the children to produce the past-tense form. For example: Every day I walk to school. Just like every day, yesterday I _ to school.
The children were asked to produce the missing word as quickly and as accurately as possible and their response times were recorded. The results were then analysed to discover which words were stored or created in real-time.
Results showed girls were more likely to memorise words and phrases - use their mental dictionary - while boys used mental grammar - ie assembled these from smaller parts - more often.
"What we found as we carried out the study was that girls were far more likely to remember forms like 'walked' while boys relied much more on their mental grammar to compose 'walked' from 'walk' and 'ed'," she said.
"This fits in with previous research which has identified differences between the sexes when it comes to memorising facts and events, where girls also seem to have an advantage compared to boys," she said.
"One interesting aside to this is that as girls often outperform boys at school, it could be that the curriculum is put together in a way which benefits the way girls learn.
"It may be worth further investigation to see if this is the case and if so, is there a way lessons could be changed so boys can get the most out of them too," she added.
-PTI