Pritom Hasan-Nirjhor for first time together 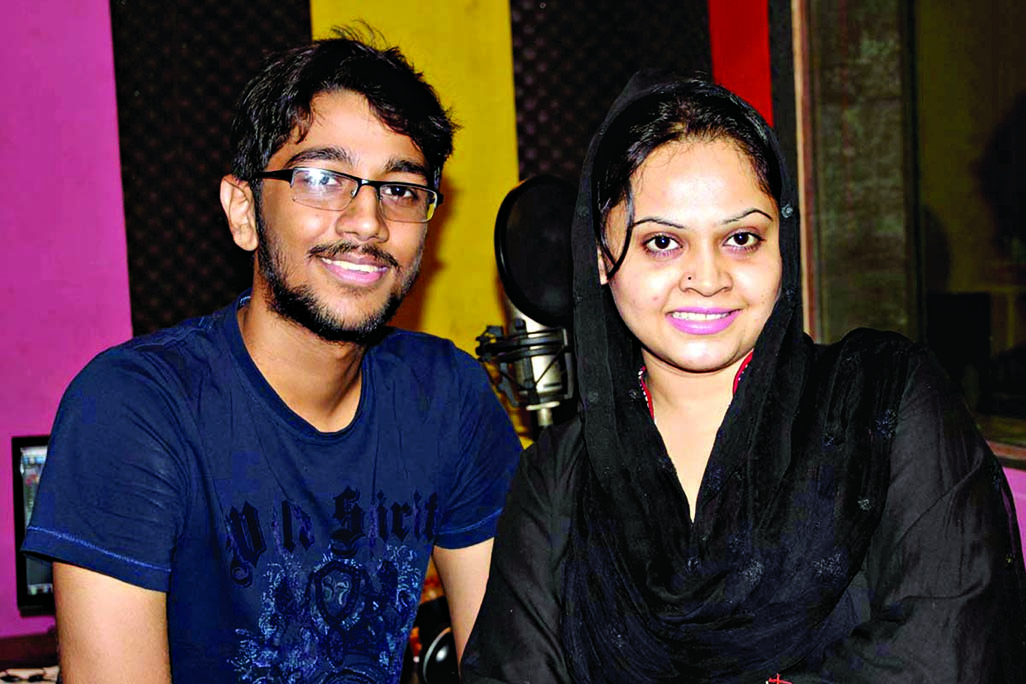 Early deceased once popular singer Khalid Hasan Miluâs elder son Protik Hasan has already been established himself in the music arena by virtue of his music composition and rendering style. After Protik, his younger brother Pritom Hasan has also started his career in music. Under the lyrics written by Ziauddin Alam titled Sajna, Pritom gave his vocal for the first time with popular singer Nirjhor for a duet song. Pritom and Nirjhor lent their voices at Durbin Studio in the city recently. Pritom himself has composed the tune and music of the song. While talking about the song Nirjhor told this correspondent, âI have liked lyrics of the song. For the first time, I have rendered a duet song with Pritom. Earlier I didnât know that Pritom renders song so well. While rendering the song I thought I was working with Khalid Hasan Milu uncle. I think listeners will enjoy the song.â It may be mentioned that besides these two singe, Pritom Hasan has composed tunes and music of five more tracks of the album titled Kichhu Bhalobasha. More popular singers are expected to give their vocals for the tracks. The album Kichhu Bhalobasha is set to be released in Eid-ul-Fitr.