Etiquette in the digital age 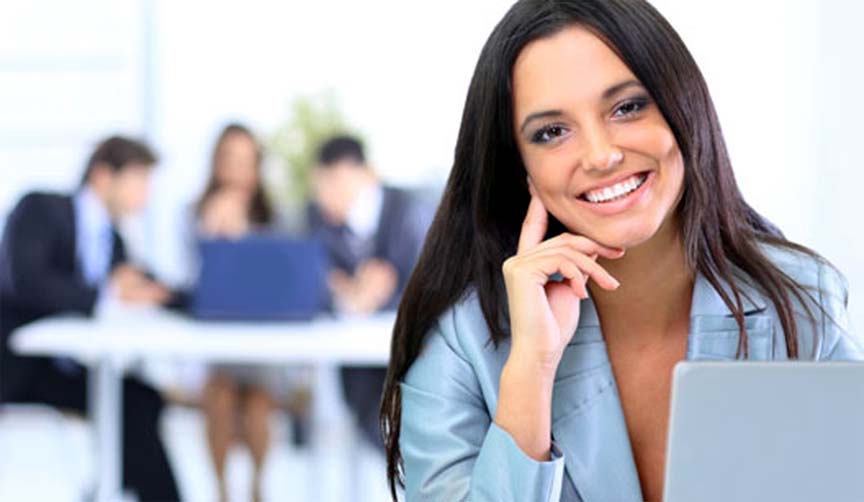 Life Desk :
What should you do when your boss sends a Facebook friend request? Is it OK to take and share smartphone pictures at a friend's wedding? When should you take off Google Glass, rather than just turn it off?
Etiquette mavens say the book on manners must be rewritten, literally, to take into account new technologies and social media.
"Technology is such an area of anxiety for people," says Steven Petrow, an author of etiquette books who last month began a digital manners column for USA Today.
In recent columns, Petrow addressed the question of mass emails that reveal the names of all recipients (not OK, he says), and how to deal with wedding guests who want to share smartphone pictures before the official photos are available (he urges the couple to make their wishes clear in the invitation).
"Fundamentally, I come back to my core values, which are about respect, kindness and civility," Petrow told AFP.
Social media such as Facebook pose particular etiquette problems: if users post news about a death, birth or engagement before relatives are notified, that creates tensions among family members.
"On Facebook, even if you have privacy protection, someone else can grab your message and send it along," said Emily Yoffe, who pens the "Dear Prudence" column on Slate.
"Once you post it, you don't control that information anymore," said Yoffe, advising people to treat all social media posts as public.
Petrow sees other quandaries-for example, whether it is appropriate to "like" a Facebook post about sad news.
"I believe that liking means you acknowledge it," he said. "So you can like something sad but you should add a note to say what you mean."
Social media is also used to break off, or to announce a new relationship, which can be a surprise to the other person.
"It's always best to take your time, to discuss this with the other person," Petrow said.
As for the boss's friend request, Petrow advised managers to steer clear of this to avoid potential conflicts.
Employees should not ignore the request, but offer instead to connect on the professional network LinkedIn, he said.
Digital technology has forced a reboot at the Emily Post Institute, which grew out of the work of the noted etiquette author.
Her great-great-grandson Daniel Post Senning released a book last year on digital etiquette after realizing the topic merited more than just a chapter in the updated Emily Post book.
"New technology is changing every major aspect of people's lives for which they would come to Emily Post looking for advice," Senning said.
A longstanding digital etiquette issue is when people should turn off or silence their smartphones.
"The biggest challenge is that these devices take our attention from the people we're with," Senning told AFP.
While smartphones are enormously useful tools, "If you're with other people, your attention should be there," Senning said. "Most people know that intuitively."
Social networks are great places for sharing, but sometimes people go overboard. A 2012 survey by Intel found that in several countries, a majority said they were put off by "oversharing" of pictures and personal information.
Senning said the Post Institute often follows what is accepted by the public but that sometimes it takes the opposite view "if it's a question of our fundamental principles of consideration, respect and honesty."
On Twitter, the ability to post messages quickly has led to some embarrassing moments or worse, experts say.
"Some people lose their jobs because of an ill-advised tweet," Yoffe said.
"In the heat of the moment, people think they are having a one-on-one conversation, but this is totally public."
Twitter gaffes can turn into public relations nightmares for companies using social media to boost their image.
Dutch airline KLM, of the Air France-KLM Group, found this out when it tweeted "Adios Amigos" after the Netherlands' dramatic win over Mexico in football's World Cup.
The airline apologized and deleted the tweet, but not before thousands of enraged Mexicans tweeted their displeasure.
"We encourage companies to be conversational and engaging. But they have to understand they are speaking on behalf of a brand," said Jeanette Gibson of Hootsuite, which provides a social media dashboard, and offers training on using different platforms.
Gibson said social media marketing can be useful in building brand identity, "but you don't want to come across as spamming your audience."
Etiquette may see more changes with devices such as the Internet-connected eyewear Google Glass.
Google has preemptively offered tips to avoid becoming a "Glasshole," such as turning off the eyewear in many situations.
Wearable electronics like Google Glass create fears about being spied on.
"I don't think turning it off will be sufficient to quell those concerns," Petrow said.
"Every new device seems to spawn its own chapter of etiquette dilemmas."
From a historical perspective, "every generation perceives the state of manners in decline," said Senning of the Post Institute.
"People thought that when the telephone moved to the home it would destroy home life, and it didn't."