Symon Sadik-Bobby pair up for 2 movies 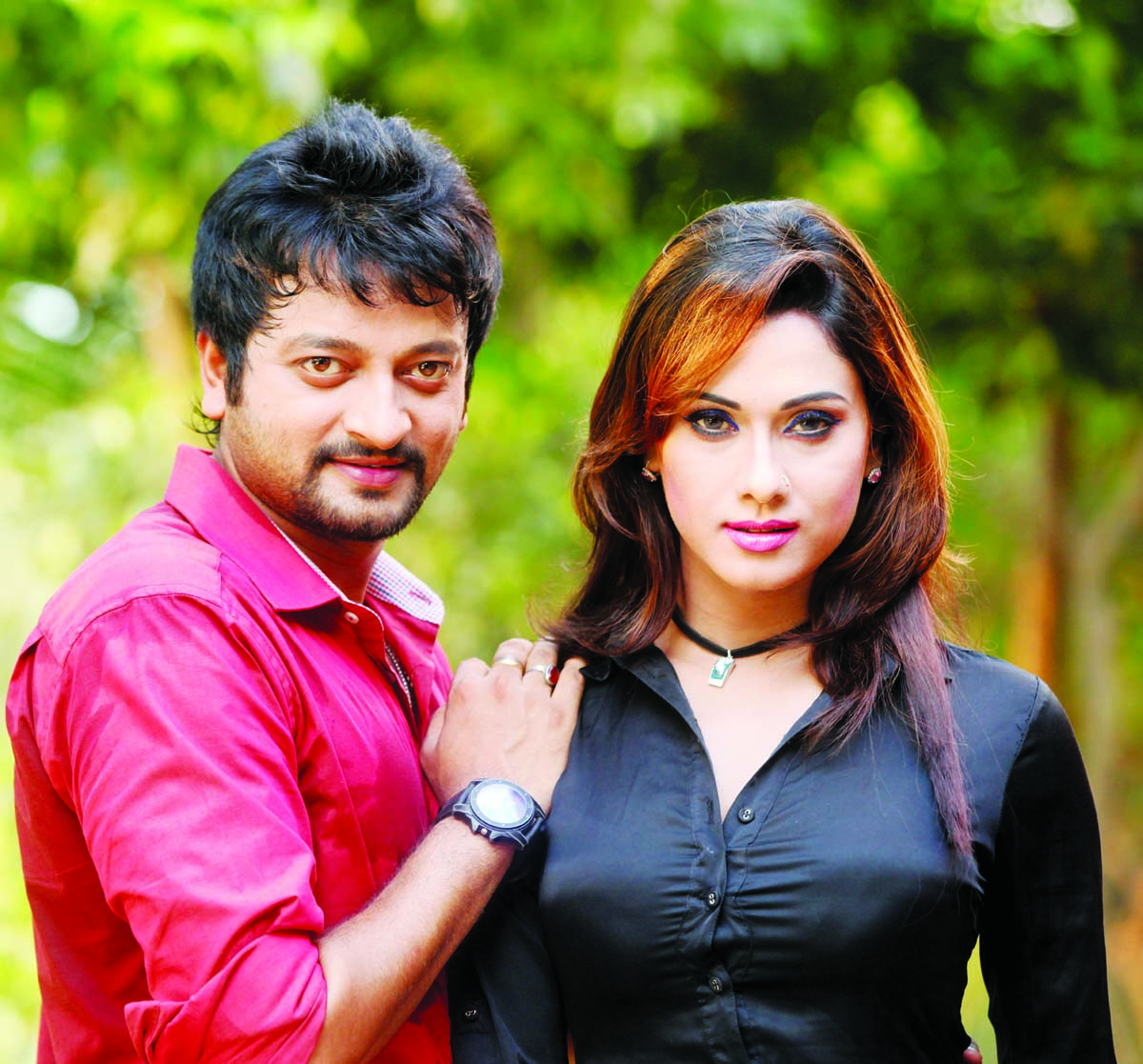 As a pair, promising film actor Symon Sadik and actress Bobby have performed together in two new movies recently.
Under the direction of Shafiq Hasan and the script written by Monir Reza, Symon and Bobby first performed together in a movie titled Swapno Chhoya. Shooting of the movie has already been completed.
Symon and Bobby are also performing together Iftekhar Chowdhury directed a movie titled Action Jasmine, which script is based on an exceptional story written by actor Shatabdi Wadud. Shooting of several shots and songs of the movie are still remaining incomplete, Symon said.
Director Iftekhar Chowdhury informed that the movie Action Jasmine will be released within this year.
While sharing his feelings working against Bobby Symon Sadik told this correspondent, âIt is no doubt that Bobby is a talented actress. I have better understanding with her while working in the shooting spot. I think viewers will enjoy our two new movies because these are being made very efficiently by its directors.â
Bobby shared her feelings by this way, âAs an actor, Symon is really outstanding. He has already proved himself in the film industry. Therefore, he is very cooperative and sincere to his works. We have done our works very sincerely.â
However, Bobby acted two movies are scheduled to be released on the occasion of coming Eid-ul-Fitr. One is Mohammad Hannanâs I Donât Care and other one is Bodiul Alam Khokonâs Hero The Superstar.
Bobby is acting in Anonno Mamun directed a movie right now. Its shooting is being held at Mahera Zamindarâs Palace in Tangail. Anisur Rahman Milon is acting against her in the movie, Bobby said.
On the other hand, Symon Sadik is acting two other movies - Apurbo Ranaâs Purey Jai Mon and Bidyutâs Sholo Aana Prem now.
It may be mentioned that Symon Sadik acted first movie was Zakir Hossain Rajuâs Jwee Hujur, while Bobby acted first movie was Khonj - The Search.Â Â Â Â Â Â