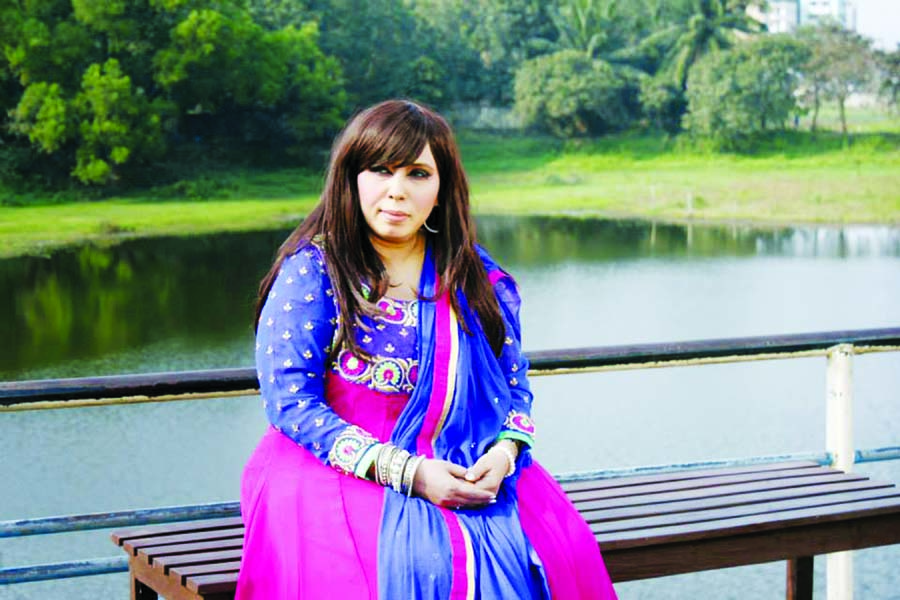 On the occasion of ongoing Ramzan, Tagore artiste Shamima Alam Chinuâs a solo album consists of 12 popular Hamd, Naat and Islamic songs has been released under the banner of CD Choice recently. Besides audio tracks, videos of the songs have already been made.
While talking about the album Shamima Alam Chinu said, âBasically, I am a Tagore artiste. I have several Tagore songs based albums in the market. All on a sudden, I have decided to do something on the occasion of ongoing holy Ramzan. For this reason, I have released this album. I hope listeners will enjoy the tracks of the album.â
It may be mentioned among the released albums of Shamima Alam Chinu, Fuad Al Muktadir featuring Kemon-e Bhulibo, Moner Kothati Shono, Mone Ki Dwidha, Churi Gechhey Mon Aamar, and patriotic songs based album titled Tomai Bhalobeshey are mentionable, according to her.