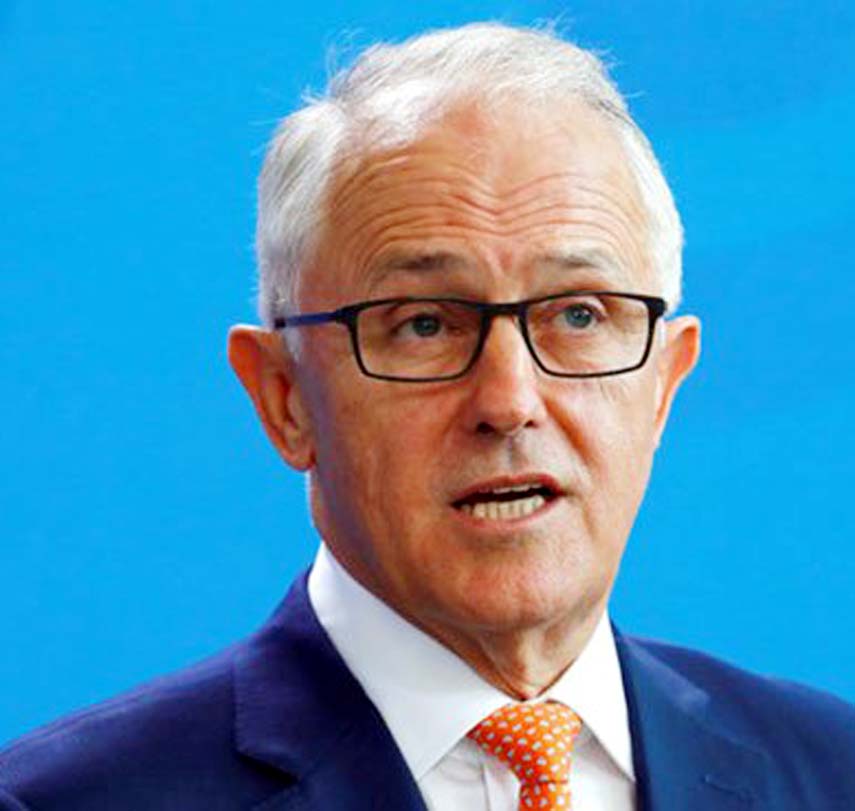 Australian Prime Minister Malcolm Turnbull agreed Wednesday to deliver a formal apology to victims of institutional child sex abuse, acknowledging their courage and pain in exposing the scale of the problem.
The decision follows a five-year royal commission detailing thousands of harrowing abuse cases involving Australian churches, orphanages, sporting clubs, youth groups and schools over decades.
Its final report, released in December, included 409 recommendations, including an official apology.
"The survivors that I've met and the personal stories that have been told to me have given me but a small insight into the betrayal you experienced at the hands of the people and institutions who were supposed to protect and care for you," said Turnbull.
"Now, I will deliver a national apology to the survivors, victims and families of institutional child sexual abuse on October 22 here in Canberra."
The apology will coincide with national children's week, which Turnbull said was chosen "to bring together our acknowledgement of the past and our commitment to the future wellbeing and safety of children in Australia".
In outlining Canberra's formal response to the commission's findings, the government said it will also set up an office for child safety to help develop a national strategy to prevent child sexual abuse.
Another key recommendation was a redress scheme to support victims with counselling, psychological care and financial payments.
All of Australia's state governments have now signed up to the program, which comes into effect on July 1 and will offer victims up to Aus$150,000 ($113,000) in compensation.
In a major step forward, the Catholic and Anglican churches also joined the scheme last month, along with Scouts Australia, the Salvation Army and the YMCA.
The royal commission found that Australian institutions "seriously failed" children in their care with tens of thousands sexually assaulted.
It heard horrific testimony during confronting and often emotionally exhausting hearings, with more than 15,000 survivors detailing their claims, some decades-old.