Apurbo-Priyanka pair up for Eid play 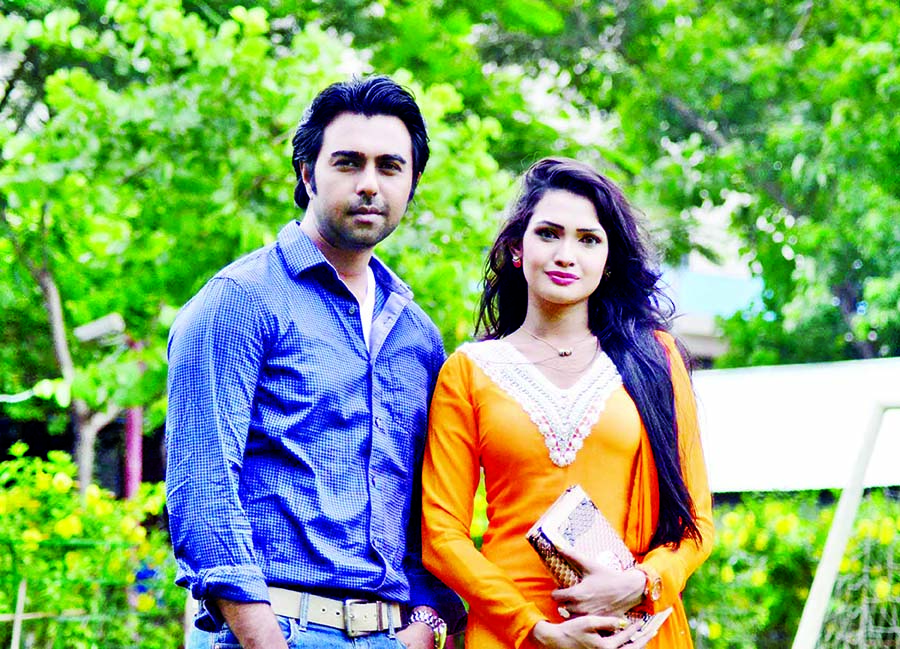 As an actor, Apurbo is now popular to all. From the beginning of his career when Apurbo was newcomer in media he worked with the established actresses. Apurbo didnât forget those days. For this reason, he comes forward to extend his hands for the newcomer actresses to perform against him. Priyanka Jabarun is one of them newcomer actresses who got the opportunity to work against Apurbo.
Though Priyanka had worked in many television commercials (TVCs) the playÂ  In Love is her second work. Apurbo acted against her in the play. S Faisal has written story of the play, while it was directed by Faisal Ahmed.
Main story of the play revolves with a love story of a university. While asking Apurbo about his feelings working in the play he told this correspondent, âAs a newcomer, Priyanka has acted well. I believe that she will improve her acting in the long run and will shine in media. As a director, Faisal bhai knows how to give direction well. He has done the work very sincerely.â
Priyanka Jabarun shared her feelings by this way, âI couldnât realise before working in the play that Apurbo bhaiya is so cooperative person. I am a newcomer in media, if I get support from the senior actors I can perform well in the long run. Everybody pray for me.â
The play In Love will go on air in any satellite channel on the occasion of Eid-ul-Fitr.
However, Apurbo became father on his birthday, June 27. Now after finishing his shooting works he gives more time to his wife and baby. Yesterday he took part in shooting of Shihab Shahin directed drama serial Bhalobashar Chotushkone, which is being aired on NTV now. Jakia Bari Momo is his co-actress in the serial.
On the other hand, Priyanka Jabarunâs first acted TV play was Komol Chowdhury directed Bifocal. But as a model she has already performed in 14 TVCs till now.