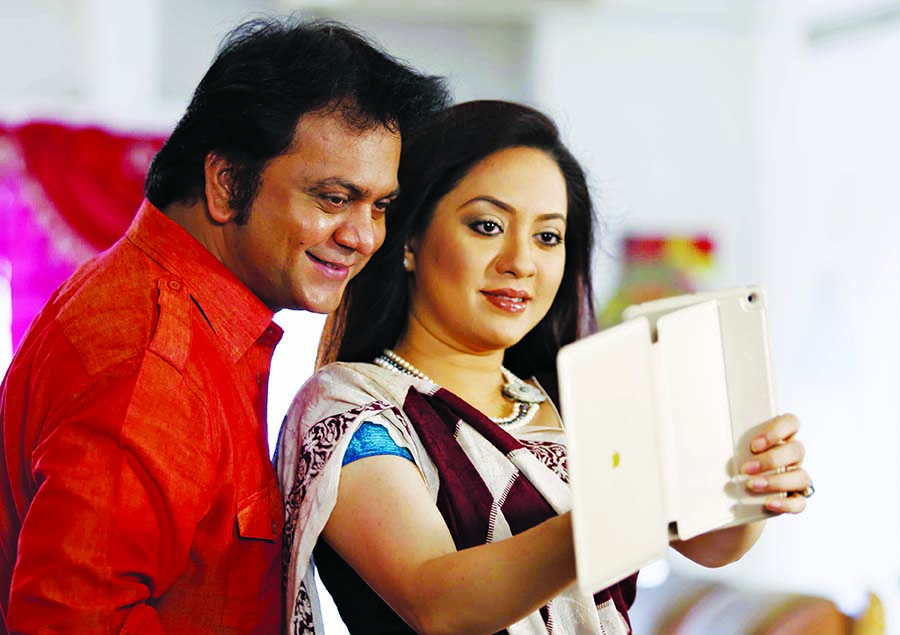 On the occasion of coming Eid-ul-Fitr, ATN Bangla will air a special play titled The Painter. Story of the play was
written by Masum Reza, while it was directed by
Syed Awlad. The cast of the play includes Abul Hayat, Tarin, Mir Sabbir, Tawquir Ahmed, Ayon Chowdhury, Nobel, among others.
Shaila becomes astonished after getting phone call of popular playwright and director Nisorgo Rashid because
once he loved her. But Rashid called Shaila to cast her in lead role of his new play titled Surjomukhi Meye.Â  When
an actress likes script and her role then she decides to act in the play from the professional point of view. For this
reason, Shaila didnât refuse the proposal despite her
husband and popular playwright Golam Faruk knew
the relationship between Shaila and Nisorgo Rashid.
Shaila didnât take her decision and playwright Golam Faruk started to write down script of a new play where
he portrays that how a painter becomes mentally
sufferer when he get his beloved very close face of
the portrait becomes fade.Â Â Â Â Â Â