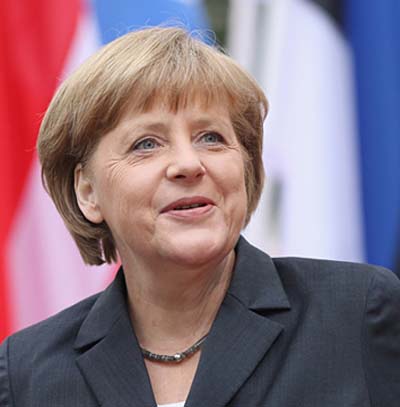 German Chancellor Angela Merkel has voiced concern about an alleged US spy in German intelligence, in her first comments on the affair.
Speaking on a visit to China, Ms Merkel said that if the allegations about a double agent were true, it would constitute a serious breach of trust.
"It would be a clear contradiction of what I consider to be trusting co-operation" with the US, she said. She was speaking at a news conference with Chinese Premier Li Keqiang.
It is the second day of her three-day visit, which is dominated by trade issues.
Last week a German employee of the country's foreign intelligence service (BND) was arrested.
The man is suspected of having handed over more than 200 documents over a two-year period in exchange for 25,000 euros (Â£20,000; $34,000). "If the reports are correct, it would be a serious case," Ms Merkel said on Monday.
German Interior minister Thomas de Maiziere has asked the US for clarification.
German-US relations have been strained since it emerged that the US National Security Agency had been monitoring Ms Merkel's mobile phone calls.
The scale of NSA surveillance was revealed by US whistleblower Edward Snowden, a former NSA contractor who remains a fugitive in Russia. Ms Merkel is on her seventh visit to China since taking office in 2005.
At the Beijing news conference Premier Li denied allegations of Chinese-sponsored cyber espionage. "China and Germany, it can be said, are both victims of hacking attacks," he said.
Ms Merkel is due to attend a meeting of the China-Germany Economic and Trade Commission. She will then meet Chinese President Xi Jinping later on Monday.
On Sunday she visited Chengdu, the capital of China's south-western Sichuan province where more than 150 German companies are active.
China is Germany's second-largest export market outside Europe after the US.
It sold goods worth 67bn euros (Â£53bn; $91bn) to China last year, while imports from China topped 73bn euros.
Ms Merkel's visit to China as chancellor may signal the growing importance of Chinese-German relations but there are problems, reports the BBC's Martin Patience from Beijing.
German companies have complained that Chinese businesses are ripping off their technology while other companies have said that they are not being paid on time.