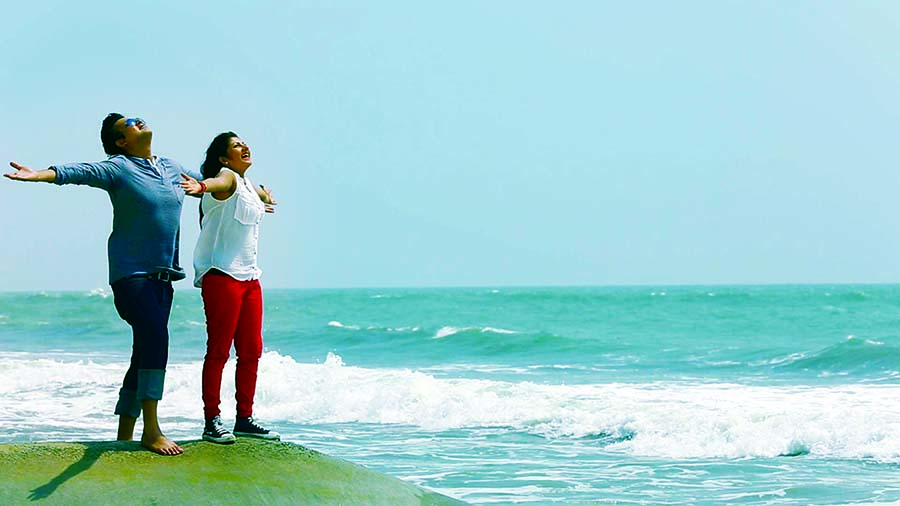 To avoid the settle marriage, Amin Khan and Shoshee
went to Coxâs Bazar without any notice. At one stage,
under various incidents including Police harassment Amin Khanâs fiancÃ© Jessie also went there.
Shoshee recovered Amin Khan as his girlfriend from that situation. In the meantime, Shosheeâs fiancÃ©, Anik also
presented there. That person gave a threat to Amin Khan to leave Coxâs Bazar. When Amin Khan started to return to Dhaka Shoshee wanted help from Amin Khan to get
recovery from Anikâs hands. Amin Khan took his last challenge to save his girlfriend. While moving around the deep forest area he was caught handed by Police. What will be happened later? It is the story of Eid special telefilm titled Ocean Blue, which will be aired on Maasranga TV
at 11:20pm on seventh day of Eid-ul-Fitr.
Anonno Emon has given direction of the telefilm,
which story was written by Habib Jakaria Ullash.
The cast of the telefilm includes Amin Khan, Shoshee, Jebin, Tanvir, Dukhu Sumon, among others.Â Â Â Â Â Â Â  Â