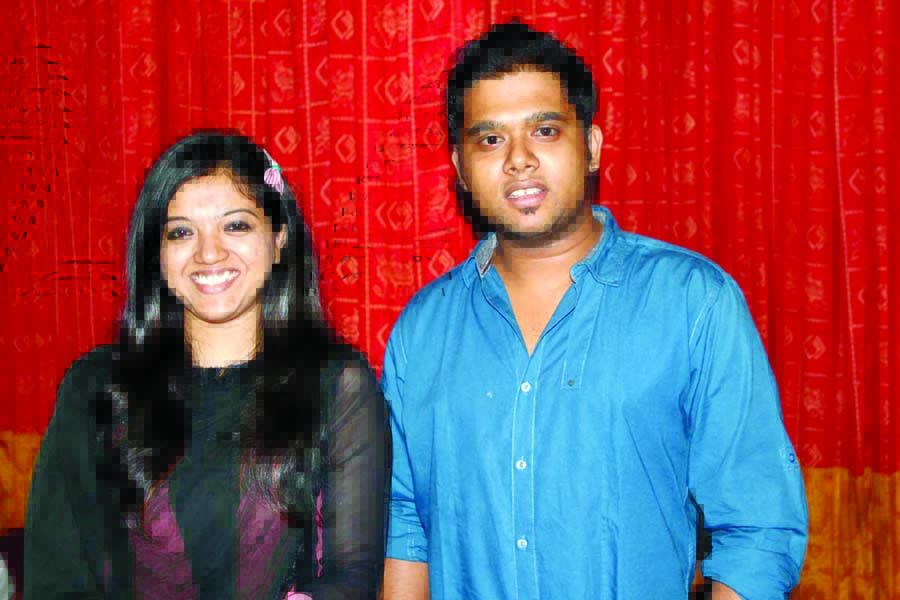 Close Up 1 famed singer Kishore and first runner-up of Power Voice Kornia have lent their vocals for the playback track of a movie titled Ek Mutho Swapno, directed by Shamimul Islam Shamim.
Recording of the playback track was done at Ahmed Humayunâs studio in the cityâs Moghbazar area recently.
Lyrics of the song was written by Ziauddin Alam, while its music was composed by Ahmed Humayun. Mozammel Hossain has produced the movie.
Arju and Moumita have performed together as pair for first time in the movie Ek Mutho Swapno. Shooting of the first phase of the movie is being held in Coxâs Bazar now.Â