Tanjin Tisha pairs up with Apurba for Eid play 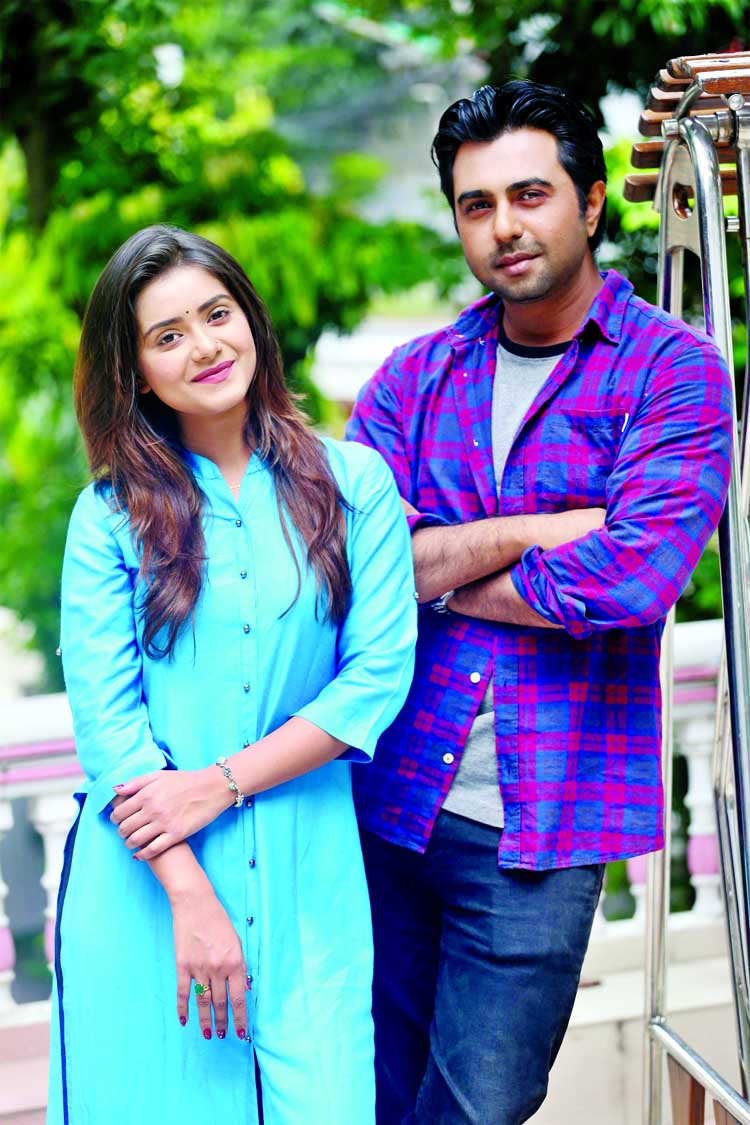 Entertainment Report :
On the occasion of coming Eid-ul-Azha to telecast in a satellite channel, SA Haque Alik has made a special play titled Tumi Aamar Hobey. In this play, popular actor Ziaul Faruk Apurba paired up with viewersâ choice popular actress of present time Tanjin Tisha. Shooting of the play was done in the cityâs Uttara area on July 9 and 10 where Apurba and Tisha played the roles of Fuad and Shimana respectively.
Â Director Alik himself wrote story of the play. While talking about the play he told this correspondent, âLove is universal matter. But it should keep in mind in relationship that everybody must prepare himself/herself for his/her partner and their familyâs interests. This type of issue has been portrayed in the story of the play Tumi Aamar Hobey.â
Apurba said, âEarlier I worked under Alik Bhaiâs direction. Though he himself wrote story of the play so he sincerely and cordially makes it. It is also happened in case of this play. I got few scopes to work with Tanjin Tisha. Now she has become more serious about acting. I believe if she continues such seriousness Tisha will become successful in acting in the long run.â
Tanjin Tisha shared her feelings by this way, âIn last Eid, I got the opportunity to work with Apurba Bhaiya in a play titled Jibon. I got huge response for that play. I will be seen to act with Apurba Bhaiya in several numbers of works in Eid-ul-Azha. I have liked story of the play and Alik Bhaiya has made it nicely. I hope viewers will enjoy the play during Eid.â
In last Eid, Apurbaâs acting in Shihab Shahinâs play Shesh Porjonto was appreciated to all. Therefore, his acting in Ashfaq Nipunâs Hoyto Tomar Kachhey Jabo was also attracted to the viewers. Tanjin Tisha got response from the viewers for acting in Mabrur Rashid Bannahâs Choshmai Lege Thaka Bhalobasha and Ei Shoshore Keu Nai.