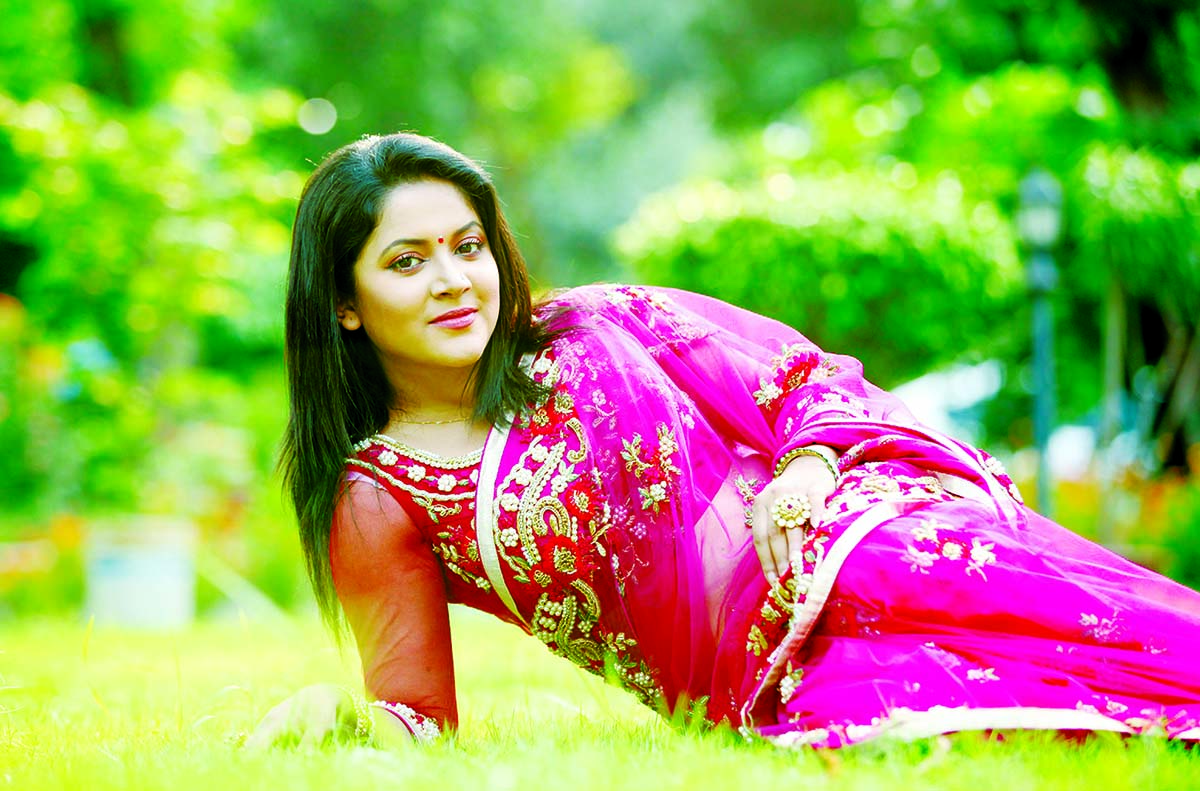 Lux superstar Urmila Srabonti Kar has been passing very busy time before Eid-ul-Fitr of this year rather than previous years. On the occasion of coming Eid-ul-Fitr she has not only acted in several single plays but also acted in several Eid serials. But she is most hopeful about her two plays - Aporahno and Black Coffee. Scripts of these two plays, produced by Versatile Media, were written by Rudro Mahfuz, while these were directed by Shakhawat Hossain Manik. Â While talking about the plays Urmila told this correspondent, âMou apu and Tarin apu are my favourite actresses in media. I have worked with Tarin apu in play Aporahno, while in play Black Coffee, I got the opportunity to act with Mou apu. It was really challenging for me to perform with them in parallel way in these plays. Both of them cooperated me. I am really grateful to them in this regard. I think viewers will enjoy the plays.âPopular singer cum actor Partho Barua and actor Apurbo were co-actors of Urmila in these plays. Aporahno and Black Coffee will be aired on NTV and Maasranga TV respectively during Eid festival. Therefore, Urmila acted another play titled Somporker Golpo, directed by Mabrur Rashid Banna, will be aired on NTV. However, on the occasion of Eid festival, Urmila has also acted in Aniruddho Russellâs six-episode serial Niamat O Taar Bibigon, Ezaz Munnaâs seven-episode serial Mission Possible, Tanim Parvez directed faction play Chirkut and Redoan Roniâs Behind The Trip. Before Eid Urmila will also finish shooting of three faction plays including under the direction of Pallab Biswas and BU Shuvo, she said.Besides acting Urmila is an active politician. While studying in Chittagong University she was secretary of Chhatra League and joint secretary of Awami Legal Students Council. Now she is planning to do politics from central committee of the party. n