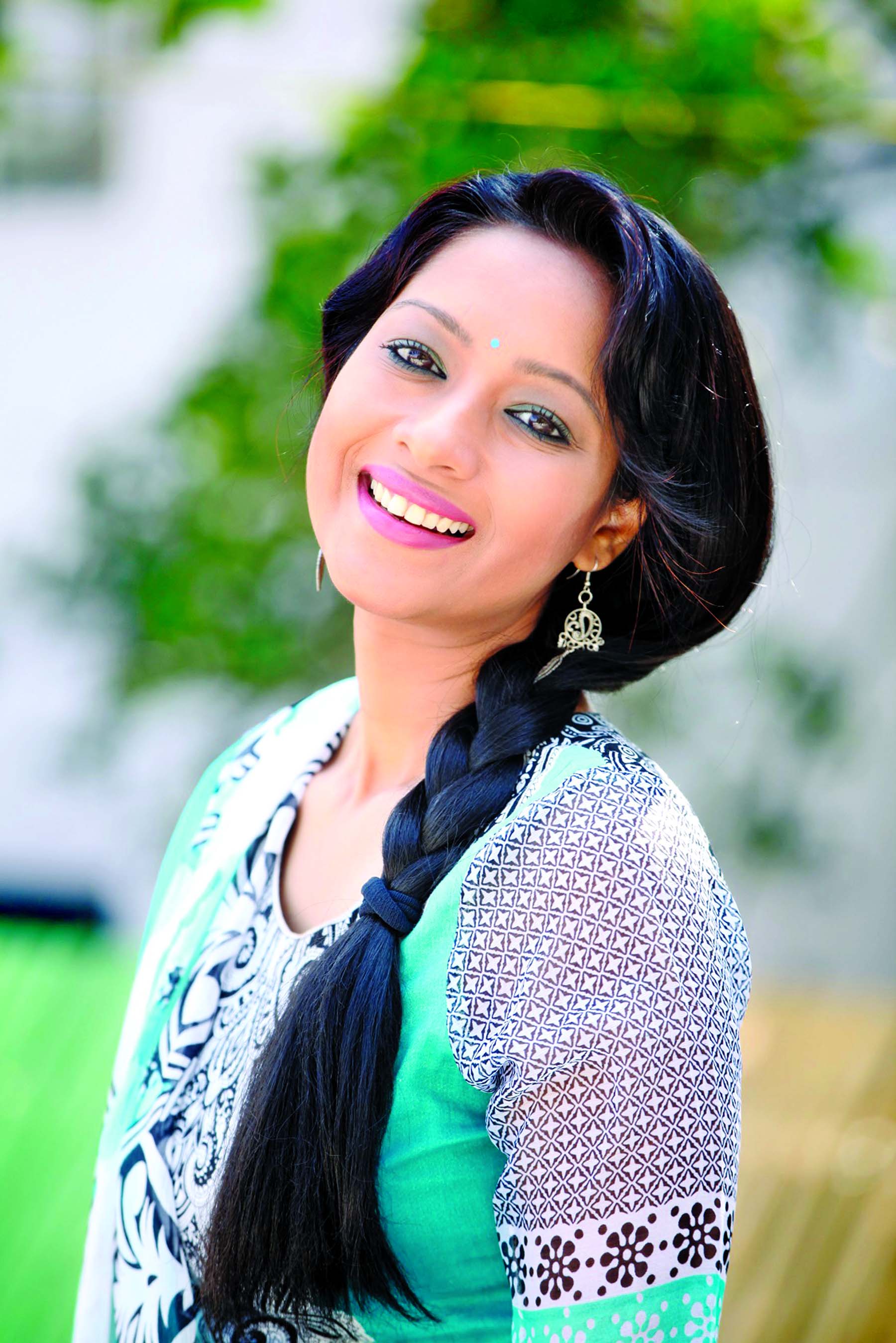 Popular actress Moutushi Biswas has performed as a model in three TVCs (television commercials) within one month. She became model of a product of SMC under the direction of Piplu R Khan. Therefore, Moutushi has also become model of products of Reckitt Benckiser and Pran under the direction of Rommo Khan and Hasan Morshed respectively. Shooting of TVC of SMC was taken place in Coxâs Bazar. After returning from Coxâs Bazar Moutushi started to take part in shooting of two other TVCs last week. While talking with Moutushi about her performances in these TVCs Moutushi told this correspondent, âIn fact, works of these three TVCs became nice. Viewers will watch me with new gate-up in the TVCs. On the occasion of coming Eid-ul-Fitr, I gave priority to work in TVCs rather than acting in Eid play. For this reason, I have worked in these TVCs. I think viewers will enjoy the TVCs.âThese three TVCs will go on air in different satellite channels including Bangladesh Television (BTV) before Eid-ul-Fitr, Moutushi said.Therefore, under Moutushiâs presentation a daily Iftar cooking related programme titled Zerocal Drinks & Dessert is being aired on Maasranga TV at 4:40pm during the month of Ramzan.Moutushi will host a musical programme titled Aamar Gaan-er Nimontron on NTV on the occasion of coming Eid festival. Recording of the programme is scheduled to be held on Sunday. Invited singers of this programme will render songs of Suchitra Sen acted movies. Â As a model, Moutushi was last seen in a TVC of Surf Excel under the direction of Ashfaq Bipul, which is being aired in different satellite channels now.Meanwhile, Moutushi acted and Ali Fida Ekram Tojo directed a drama serial titled Family Pack, Masud Sezanâs serial Cholitechhey Circus and Afsana Mimiâs serial Shatti Tarar Timir will go on air soon, Moutushi said.Â