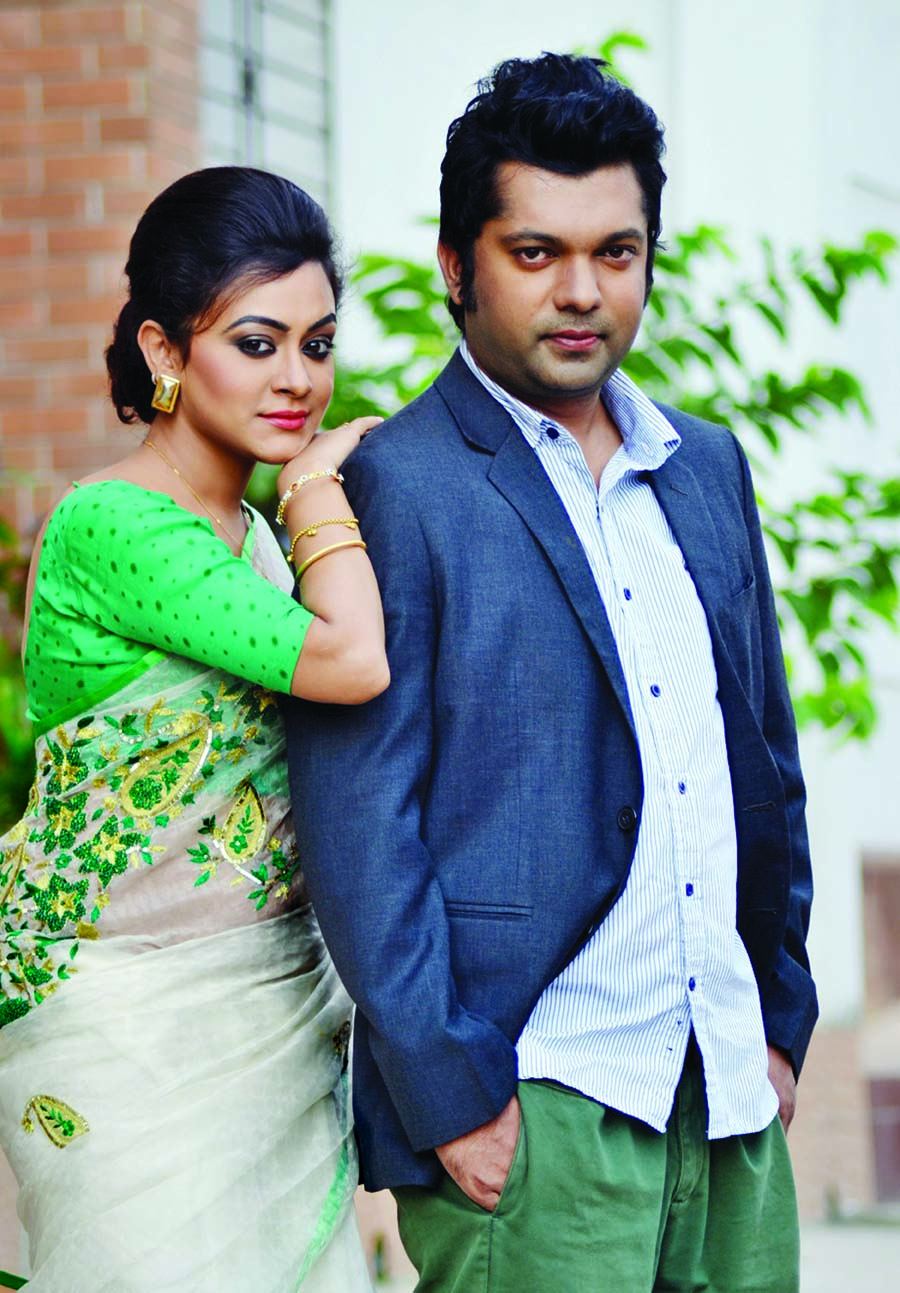 Though she has started her career in media by small screen Moushumi Nag had intention to work in the big screen. After acting in the small screen for several years she has established herself as an established actress in the showbiz arena. Last year Mouhsumi started acting in the movie. As a part of its continuation, she has again started to work in another movie titled Prarthona this year. Besides acting, popular TV actor and director Shahriar Nazim Joy has written story, script, dialogue and lyrics of the playback tracks of the movie. Prarthona is a children based movie where Joy and Moushumi are acting together as pair.Â  Â Earlier under the direction of Joy Moushumi had worked in several plays. But it is the first experience of Joy to give direction of a movie. While talking about to casting Moushumi Nag in his directed first movie Joy told this correspondent, âEarlier Mouhsumi had worked under my direction in several plays. As an actress, she is very cooperative. She can cooperate the unit well what its members want during the shooting. As an actress, she is comparable to herself. For this reason, I have taken her in my first movie. I am trying to make a nice movie. I think viewers will enjoy the movie.âMoushumi shared her feelings by this way, âI am acting in the movie sincerely and with dedication. I think it is my âdream movie.â For this reason, I am trying my level best to express my role in the movie.âShooting of movie Prarthona is being held in the cityâs Uttara area now. Impress Telefilm Ltd is producing the movie. Joy informed that he has planned to release the movie within this year. Joy's acted movies are: Jibon-er Golpo, Gram Gonjer Piriti, Pashan-er Prem and Ei Jey Duniya.On the other hand, Moushumi acted first movie was Biplab Haiderâs Feel My Love. Later she worked in movie Run Out. On the occasion of coming Eid-ul-Fitr Joy's acted three plays - Bhai Koichhey, Bheja Prem and Swargo Khelna will be aired in three different satellite channels.Â Â